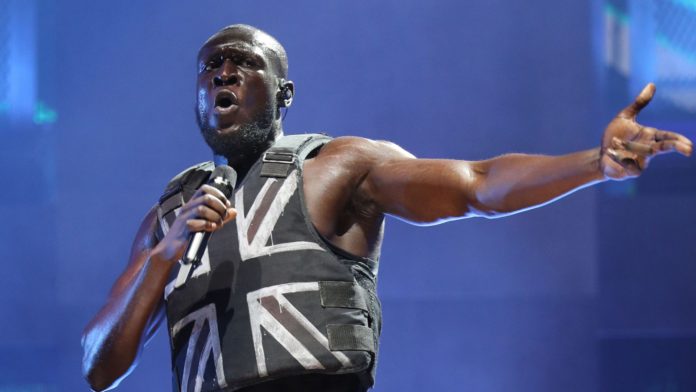 The past year has proven to be a breakthrough for rappers outside the M25 topping the UK charts.

A new wave of up-and-coming artists with regional accents have emerged into the mainstream, finding their voices in a genre usually dominated by stars from London.

The genre has its roots in the Big Smoke, where stars like Stormzy, Boy Better Know, and Dizzee Rascal all began their careers. But beyond the M25 rap is flourishing.

The charts have been stacked with hits from regional grime artists hailing from everywhere from Birmingham, Manchester to Nottingham.

A couple of years ago the idea of a notable MC in the mainstream with a regional twang was almost unheard of but not anymore. Sky News has spoken exclusively to two regional stars who have given their city its own voice.

The journey to the charts has been a few years in the making for Nottingham’s Young T & Bugsey.

Born, raised and based in the East Midlands, their distinctive sound has leapfrogged across genres, gaining them three UK top 40 hits.

Since emerging on the scene in 2016, they have forged a new hip-hop aesthetic that’s relatable and rebellious, with lingering traces of R’n’B seeping into their familiarly infectious sound.

Born Rashard Tucker and Doyin Julius, the East Midlands duo are the first rappers from their region to score a Top 10 hit.

“When we started we didn’t think we had to move to London to make it,” says Young T.

Bugsey explains: “In order to make it you can’t just be from London. If you’re not from London it usually takes more effort to show you are a rapper. Sometimes they won’t take you in because they just think you’re from the countryside.”

Young T and Bugsey met when they were 15 and began recording music together at their local youth club.

They have been making waves outside their hometown for a while – Stormzy championed them as well as appearing in their 2016 music video No Mickey Mouse Ting.

“I feel like we have had to work really hard for acceptance. People are now backing us because we are relatable,” Young T says.

Nottingham, and their respective Jamaican and Nigerian roots have played a strong part in their direction.

“Our mums gave us a good grounding. We appreciate what our mothers did for us and for us to be here right now. They played a huge role in steering us on the right path,” says Young T.

Bugsey adds: “Because we had youth clubs and a community recording studio that helped us focus our minds to do something positive.

“But the generation after us don’t have as much youth clubs as we did. Everything is getting closed down. It’s evident to see the youths are struggling”.

Their raps are full of upbeat wordplay, and their music has an abrasive, dyspeptic feel. No other hip hop or grime act has achieved the chart success they have in their native city.

Their recent single, Strike A Pose, went gold after spending six weeks in the Top 10 and selling over 600,000 copies.

“I think it was a moment for Nottingham because nobody in Nottingham has got so high in the charts like that,” Young T says, laughing.

Bugsey adds: “Chart success is amazing but when we drop a song and people like our music that’s what it’s about for us.

“But it’s crazy for us, I can’t just go to the town centre anymore. There’s no way I won’t get stopped. The same streets I used to chill on, I am now getting stopped for pictures.

“We want to see someone from a village or a small little town blow up. It’s time for it and those stories are amazing. It gives a lot of hope and inspiration.”

When Birmingham rapper Mist reached number seven in the UK charts with So High, it seemed as if the entire country stopped to listen.

“There are a handful of people outside of London who are doing great things and we have all got different accents.

“I feel like now we are part of the scene. Before we were like the black sheep being from outside London, but that’s now changed for the good,” says Mist.

The 27-year-old hasn’t just stood out because of his accent, though that is part of it. It is because there’s introspection to his rhymes. Known for his heavy rap influences and melodic hooks, the rapper has carved out a niche in the rap game.

He is among a wave of regional rappers that have done away with wanting to incorporate a London accent in his music.

“I like making party music and the lyrics that I say people can relate to it. It’s simple, being able to relate to music is often the reason why you can also dance to it.

Since being released in 2014 from a 14-month prison sentence for driving without a licence, Mist has become one of Birmingham’s biggest success stories.

“I lost both my parents when I was quite young. At the age of 19 I then had a daughter, shortly after the house I was living in got repossessed which left me homeless for a while.

“I went on a downward spiral and was locked up for driving without a licence.”

“My life was a bit of a mess, but then when I came out of prison my vision of life was changed. I put my head down and started writing music.”

Raised in Erdington, a neighbourhood north of Birmingham, Mist’s musical experience is less about following in anyone’s footsteps as much as it is about remaining unyieldingly true to his roots.

“In Birmingham there are a lot of people who think there is no way out of a life of poverty or crime, but there is. I remember thinking there was no way out and feeling like there was no point in making music.

“I used to think I was never going to get accepted, but if you have a vision and you manifest your dreams, and work hard you will get there.”