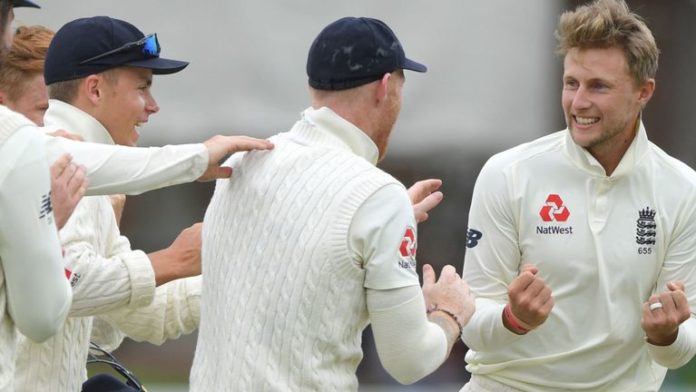 Mark Ramprakash and Graham Gooch discuss Joe Root’s four-wicket haul, how Mark Wood was used and how England closed in on victory

Joe Root took four wickets as England closed in on victory in the third Test against South Africa at Port Elizabeth but could his bowling success actually help his batting?

The England skipper has not been at his best with the bat over the last year and has managed just one half-century in five innings so far in the series.

However, Mark Ramprakash believes that his success with the ball could have a knock-on effect and help the Yorkshireman’s batting.

“Some captains are reluctant because they are perhaps self-conscious and don’t want to make that decision of putting themselves on,” he told The Cricket Debate, on a show you can listen to in the player above or by downloading here.

“Other captains are the opposite: they’ll take the new ball and bowl pace then bowl spin and all sorts! I think it depends on the personality.

“For Joe Root, there has been a lot of talk about his batting and him not attaining the high standards he has set for himself over the last year.

“Hopefully tomorrow will bring a Test match win and with him contributing in such a big way, that may help relax him as an individual and take a bit of emphasis away from his batting. It may help his batting because he has contributed to the team as a bowler, he’s played his part.

“Looking ahead, we’ve got two Tests against Sri Lanka so for the balance of the team, he’s certainly good enough to be a third spinner.”

Ramprakash also thinks that Root is often underestimated as a bowler by opposition batsmen and praised the way he goes about his bowling tactically.

“He’s a canny bowler because he is looked upon as part-time but he is better than that, he is more accurate than that,” he added.

“His pace is naturally quite quick and that’s why I think he may have been successful on this pitch which is a little bit slow. He manages to push the ball through and that’s his natural pace, he messes around bowling the odd leg-spinner as well to keep the batsmen thinking.

“The other thing about Joe is he doesn’t get overly concerned about his end so he’s not overly technical about how the ball is coming out and where is his left arm. He is very much about tactical ‘how am I going to get that batter out?’ A lot of bowlers work technically on what they’re doing but don’t always focus enough on the other end.”

– Is asking Mark Wood to persist with short-ball tactics for long spells risking another injury and why has England become fixated with the ploy?

– Did Dom Bess fulfil his role for the team despite not taking a wicket in the second innings?

– The impact of Jeetan Patel as England’s spin consultant

Watch day five of the third Test between South Africa and England, live on Sky Sports Cricket from 7.30am on Monday.