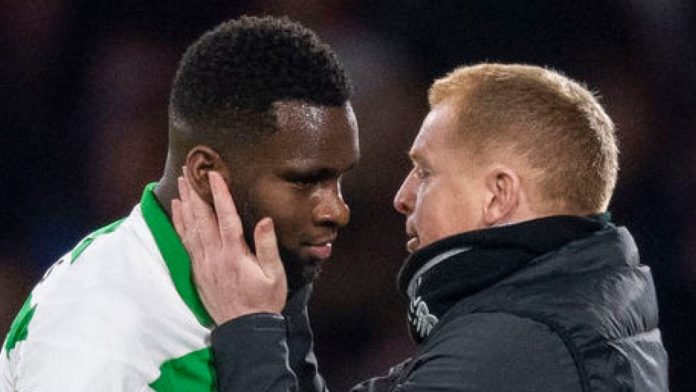 Celtic will travel to Scottish League One side Clyde, while Rangers are drawn away to Hamilton Academical in the Scottish Cup fifth round.

Semi-professional team Clyde’s reward for beating Bonnyrigg Rose Athletic on Saturday is the opportunity to host Celtic at Broadwood Stadium in February.

Defending champions Celtic progressed with a 2-1 win at Partick Thistle on Saturday evening as Leigh Griffiths scored his first goal in over five months.

Rangers will face an away tie at Hamilton following the 33-time winners’ 2-0 Friday night victory against Stranraer.

Another Glasgow club, BSC Glasgow, who ply their trade in the fifth tier of Scottish football, will host either Dundee United or Hibernian after the two sides were forced to a replay following their 2-2 draw on Sunday.

It is BSC Glasgow’s first time making the fifth round of the competition in their six-year history as a club.

Elsewhere, Aberdeen will host Kilmarnock in an all-Premiership fixture, while Hearts will travel to either Arbroath or Falkirk, who were sent to a replay after their goalless draw.

All ties will be played on the weekend of 8/9 February.

Here is the @WilliamHill Scottish Cup Fifth Round draw in full.

Ties to be played weekend of 8 and 9 February 2020.#ScottishCup pic.twitter.com/mgVtyXB6s3