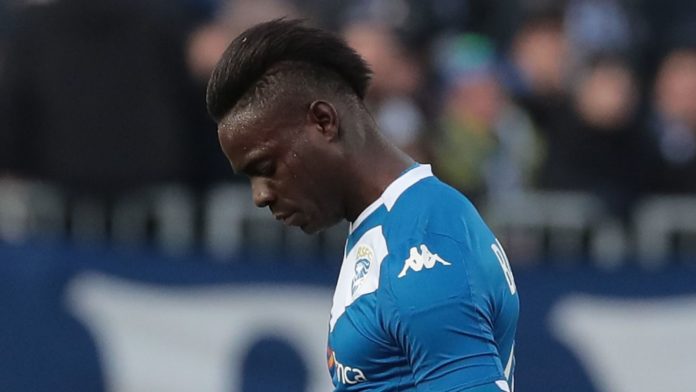 Mario Balotelli’s match lasted just seven minutes before he was sent off in Brescia’s 2-2 draw against Cagliari on Sunday.

Balotelli came off the bench after 74 minutes and was shown a yellow card for a high tackle on Cagliari’s Fabio Pisacane.

He was then immediately shown a second yellow card for his angry reaction to the booking.

The 29-year-old, who has five goals in 15 appearances this season, has now amassed 12 red cards.

“It was an unfortunate incident, as we all thought the initial yellow card was harsh. He jumped for the ball and didn’t see the defender coming up behind him,” Brescia coach Eugenio Corini said.

“It’s a pity, as we were down to 10 men for the final 10 minutes and were unable to count on the resource that is having Balotelli in the team.

“We brought home a point today, but had come so close to three.”

Brescia are winless in five and are currently 18th in Serie A, a point away from safety.