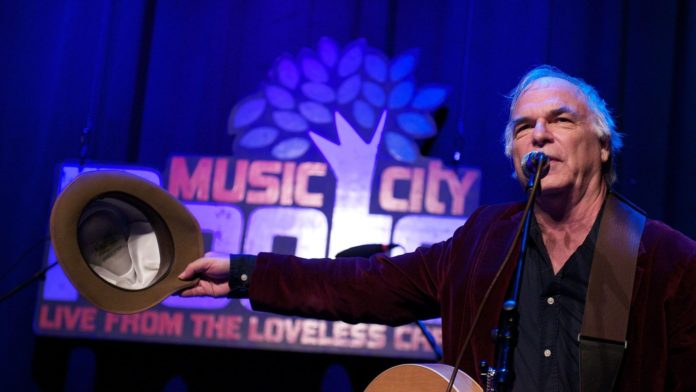 The Nashville folk singer David Olney has died on stage during a performance in Florida, a statement on his website has confirmed.

Amy Rigby and Scott Miller, musicians who were performing with Olney, have both said the songwriter apologised to the crowd before closing his eyes.

The 71-year-old died after suffering a heart attack during the show in Santa Rosa Beach on Saturday.

Olney became a key member of Nashville’s music scene after moving there from his native Rhode Island in 1973.

He went on to form the band The X-Rays, which released two albums and opened for Elvis Costello, before splitting up in 1985.

Olney later recorded more than 20 solo albums, including This Side Or The Other, which was released in August 2018.

His song Deeper Well was recorded by Emmylou Harris and featured on her Grammy Award-winning 1995 album Wrecking Ball.

His official website has said his live concerts “blended tenderness and ferocity, theatre and sincerity, agitation and embrace”.

Miller wrote on Facebook after Olney’s death: “Last night we lost David Olney, one of the finest songwriters I have had the pleasure of playing with and knowing.”

He added: “We started our set in the round with Amy Rigby. David was playing a song when he paused, said ‘I’m sorry’ and put his chin to his chest. He never dropped his guitar or fell off his stool. It was as easy and gentle as he was.

“We got him down and tried our best to revive him until the EMTs arrived.”

Rigby wrote on her Facebook page: “Olney was in the middle of his third song when he stopped, apologised and shut his eyes. He was very still, sitting upright with his guitar on, wearing the coolest hat and a beautiful rust suede jacket.”

He is survived by his wife Regine, his daughter Lillian and his son Redding.