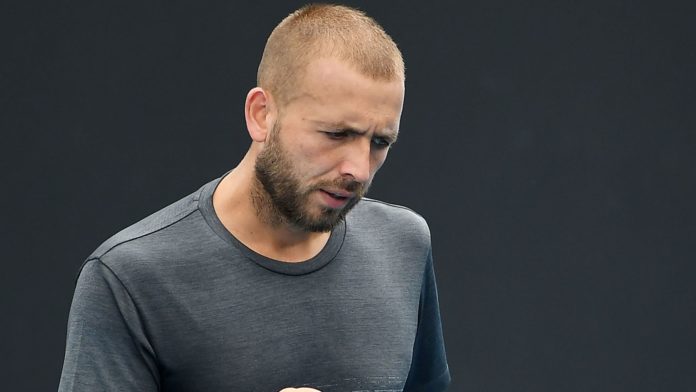 British No 1 Dan Evans came through to win from two sets down for the first time in his career, defeating American Mackenzie McDonald 3-6 4-6 6-1 6-2 6-3 at the Australian Open.

Evans had to qualify in Melbourne last year and it is a demonstration of what an impressive 12 months he has had that he goes into this year’s tournament at a career-high ranking of 32 and as the 30th seed.

He led Britain brilliantly at the ATP Cup in Sydney and enjoys the conditions in Melbourne, where he reached the fourth round in 2017, claiming the best win of his career against Marin Cilic.

He spoke in the build-up about needing to find the freedom to play his game now he is considered the big gun.

There was nothing free about the 29-year-old in the first two sets and McDonald, whose ranking of 129 is artificially low after injury, took full advantage.

Evans was struggling to contain his frustration, hurling his racket during the final game of the second set, but an immediate break at the start of the second changed the momentum and he eventually came through in impressive fashion.

I’m just relieved to have come through and started some momentum in this tournament.

The 29-year-old cited fatigue after an intense start to the season for his early struggles and demeanour, saying: “When you are tired, your patience is less and that is just how I thought I was today.

“I was frustrated over not a lot really. When you are two sets to love down, you think you are going home. I was just happy to turn it. Once I had got up in the third, I felt pretty good that he was flagging a bit and I was going up.

“I just hung in, I felt my level was there somewhere. I changed my game a little bit, started making a few more balls and in the end I thought I was pretty strong.

“I’m just relieved to have come through and started some momentum in this tournament. It would have been a poor end to a good trip to have lost first round.”

In the second round, Evans will face talented Japanese player Yoshihito Nishioka, who he has lost to
twice, including in Washington last summer.

“If I’m being totally honest, I had a really bad mental performance last time,” said Evans.

“It was just before I split with my coach (David Felgate) so I wouldn’t read too much into the last one. We’ll see what happens. He moves well, good backhand, doesn’t come in so well, not such a good serve but he’s pretty quick and likes to counter-punch.”