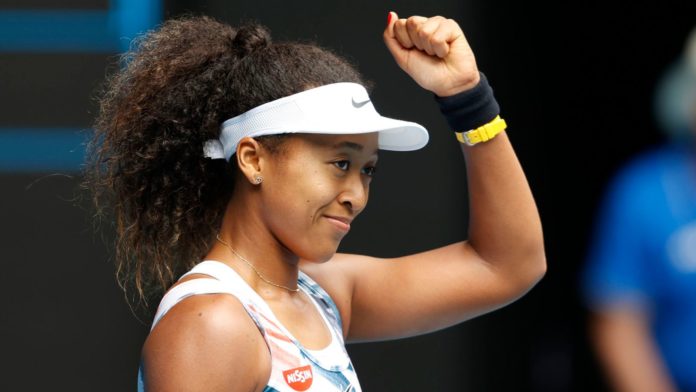 Defending champion Naomi Osaka overcame swirling winds and a tough opponent in Maria Bouzkova to advance at the Australian Open, while Serena Williams eased to victory.

Osaka, who beat Petra Kvitova in the final 12 months ago to win her second Grand Slam title, had the honour of opening the tournament on Rod Laver Arena.

There was a brief moment of alarm in the second set when she trailed 21-year-old Czech Bouzkova 4-2 but Osaka won the next four games to seal a 6-2 6-4 victory.

The third seed will next face China’s Zheng Saisai, who defeated Anna Kalinskaya 6-3 6-2.

Williams needed just 19 minutes to win the first set but 18-year-old Russian dug in to at least make the scoreline respectable.

“I hadn’t been able to win as a mum, so it was nice to finally be able to win a tournament with a two-year-old now,” Williams said. I’ve been pretty close but it was special for me and for her. I hope for her.”

Petra Kvitova was even more convincing indoors on Margaret Court Arena, dropping just one game in a 6-1 6-0 destruction of fellow Czech Katerina Siniakova.

Former world No 1 Caroline Wozniacki beat Kristie Ahn 6-1 6-3 in the last tournament of her professional career. The Dane won her first major title here in 2018.

‘Bridgerton’ is returning for a second season

Facebook’s Oversight Board to Decide on Trump Ban