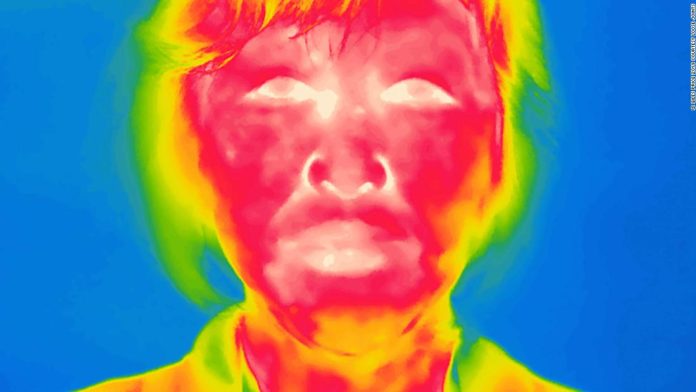 Written by Jacopo Prisco, CNN
It’s been nearly nine years since a 9.1 magnitude earthquake and an ensuing tsunami with 30-foot-plus waves hit Japan’s east coast, causing a nuclear disaster at the Fukushima Daiichi power plant. The plant was flooded with seawater and left without emergency power, leading to multiple explosions and the release of radioactive contaminants.
In the immediate aftermath of the event, more than 150,000 people living within 20 kilometers of the facility or 10 kilometers of a nearby sister plant, were evacuated and an exclusion zone was established. The event is one of only two in history to be classified at the highest level of the International Nuclear Event Scale — the other being Chernobyl, in 1986.

Radiation contamination has left large swathes of land off limits, likely forever. But from 2016, some residents have made their way back to areas declared safe by the government.

British photographer Giles Price, whose work often focuses on how human presence affects the environment, traveled to Namie and Iitate, two towns exposed to extreme levels of radioactivity following the disaster, to capture inhabitants returning home. The resulting photographs have been collected in the book “Restricted Residence.”

Around 27,000 people used to live in the two towns. So far, only a fraction have come back. “The towns were in a state of reconstruction, with traces of life and activity during the day, much less at night,” said Price in a phone interview, explaining that residents would have to leave at night time and were only allowed to work during the day. “But now, more residents live here.”

Before people came back, these were ghost towns, their appearance a far cry from what Price said is Japan’s usual spotlessness. “The Japanese people take real pride and care in tending to their environment. But as soon as you get into the exclusion zone, suddenly everything is ruined and the vegetation is very unkempt,” he said.

Until recently, the road that runs through the area, Japan National Route 114, was subject to traffic restrictions, with Price reporting “a rolling presence of police” during his trips to the region.

Out of the 27,000 residents who lived in these towns, only a fraction have returned. Credit: © Giles Price 2019 courtesy Loose Joints

The images were shot with a thermal camera, making these otherwise everyday scenes appear surreal and otherworldly. Among other things, Price’s images show cleanup and reconstruction workers, doctors, office workers, a taxi driver who is on government subsidies because there aren’t enough customers, a mechanic and a farmer’s contaminated cattle, which he refuses to put down.

“Thermal imaging is used for industrial surveying, search and rescue operations and also in medical screening for illnesses,” explained Price. “Looking at the landscape I was interested in both the visible changes brought on by the tsunami and earthquake, and the notion of what you can’t see — the radiation and how the perception of this environment has changed.”

“The visual abstractness of the colors that this technology renders felt like a good fit. There’s nothing scientific about what I have used here, it’s purely about the interpretation of color — and color is an important part of how we experience the world.”

Radiation doesn’t spread evenly and it’s always difficult to establish with certainty how dangerous it is to live or work in a contaminated area. The Japanese government only confirmed the first radiation-linked death of a Fukushima plant worker in 2018, seven years after the disaster. But health problems do not only arise from radiation sickness: The World Health Organization notes that “the displaced Fukushima population is suffering from psycho-social and mental health impact following relocation, ruptured social links of people who lost homes and employment, disconnected family ties and stigmatization.”

“There’s no detail, there’s no notion of truth in them as they are, they are meant to show people reacting to their environment,” says Price about the photos. Credit: © Giles Price 2019 courtesy Loose Joints

Fukushima is set to host events during the upcoming Olympics, as part of a greater plan by the Japanese government to reinvigorate the area, although Greenpeace claims that radiation hotspots were found at an Olympic site where the torch relay will kick off from next March, around 12 miles south of the nuclear plant.

People have returned to the area for a number of reasons, according to Price. “Some because the government was starting to cut the subsidies being paid to evacuees. Others, on the flip side of that, because of financial incentives to move into newly built homes, which attracted new residents who weren’t even from this part of Japan. But the majority of people who have moved back are elderly residents, who have less of a concern about their health.”