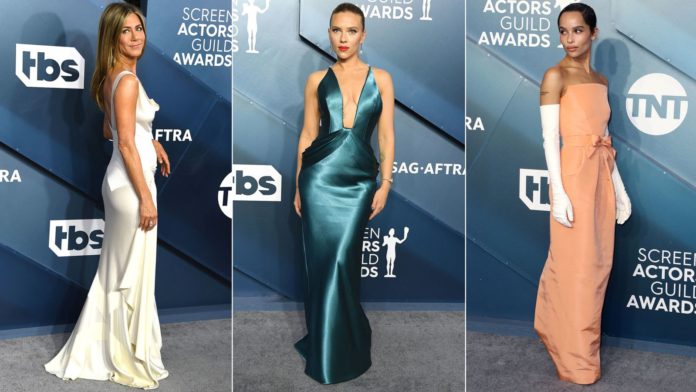 The SAG Awards took place in LA, with British stars including Phoebe Waller-Bridge and Helena Bonham Carter among the winners.