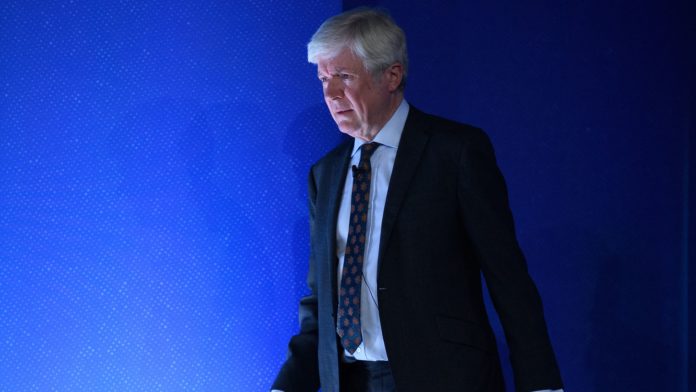 Lord Tony Hall is stepping down as director-general of the BBC after seven years, the corporation has announced.

The 68-year-old said it was a “hard decision” as he announced he will leave this summer in a message to BBC staff.

He said the BBC is facing a mid-term review of its 11-year-long charter in 2022 and he wanted one person to lead the corporation through that process, as well as its renewal in 2027.

The BBC’s charter is the agreement between the government and the organisation that sets out its governance and funding, while recognising its editorial independence.

During his tenure, Lord Hall has overseen a turbulent time at the BBC, including several equal pay disputes, accusations of bias aimed at its news service, and questions surrounding the TV licence model of funding.

In his email to staff on Monday, Lord Hall said he believed he will be leaving the BBC in a “much stronger place” than when he joined.

“You all have my thanks and admiration for the part you’ve played in that success.”

Lord Hall said the BBC’s values “have never been more relevant to the society we live in”, adding that the corporation is “precious” to the UK and that the broadcaster is the “gold standard of impartiality and truth.”

The chairman of the BBC board, David Clementi, will start a search for a new director-general and it is thought the job will be available to internal and external candidates.

Mr Clementi described Lord Hall as an “inspirational creative leader” following his announcement, adding that he led the BBC with “integrity and passion for our values”.

In 2015, Lord Hall made the decision to drop Jeremy Clarkson from Top Gear – after the presenter punched a producer on the show – which led to the director-general and his wife receiving “credible” death threats.

The cross-bench peer entered the House of Lords in 2010, and holds the title Lord Hall of Birkenhead.

He had previously been the corporation’s director of news from 1993 and 2001, before moving the Royal Opera House in Covent Garden, where he became chief executive until his return to the BBC in 2013 as the director-general.

Following his announcement on Monday, Culture Secretary Nicky Morgan said: “Thanks to Tony Hall for the service he has given to the BBC, including the last seven years as DG.

“He’s made a huge contribution to public service broadcasting in his career. In this ever changing broadcast landscape the next DG will need to build on Lord Hall’s success.”