Home Culture Netflix interested in working with Harry and Meghan 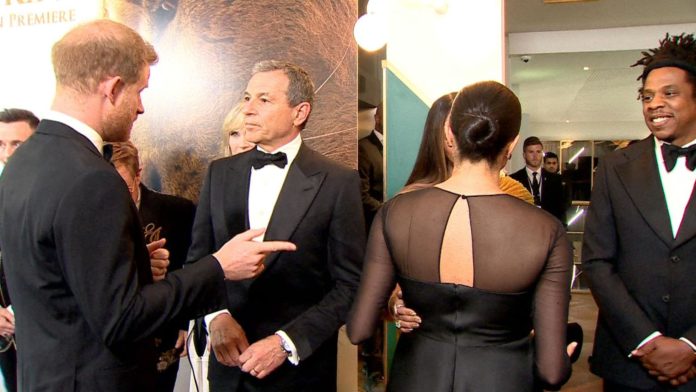 A top Netflix official has said the streaming giant is keen to work with the Duke and Duchess of Sussex.

Following a bombshell statement last week, Harry and Meghan will be stepping down as senior royals and move to Canada.

In line with their “progressive new role”, the couple will drop their HRH title and relinquish an annual Sovereign Grant which currently makes up 5% of their income.

Instead, they will work to be “financially independent” and pursue their own sources of income.

While it’s not yet known how they will make their cash, some brand experts have predicted they could be bigger than the Beckhams and their friends the Obamas.

Former US president Barack and his wife Michelle signed a multi-year production deal with Netflix back in 2018 to make their own movies, series and documentaries.

The couple also have their own production company, Higher Ground, gaining their first Oscar nod this year.

Speaking at an event in Los Angeles, he told the PA news agency: “Who wouldn’t be interested? Yes, sure.”

Former Suits-star Meghan is already rumoured to have signed a voiceover deal with Disney in return for a donation to an elephant charity.

Earlier this year Prince Harry was caught on camera touting his wife for a voiceover job to Disney chairman Robert Iger at the Lion King premiere.

Harry has some steaming giant experience already, having worked with Oprah Winfrey on a documentary on mental health for Apple TV+.

There is also speculation that Harry could work the lecture circuit, sharing his travel experiences and giving insights into his military career.