Home Sport Hussain: England youth driving each other on 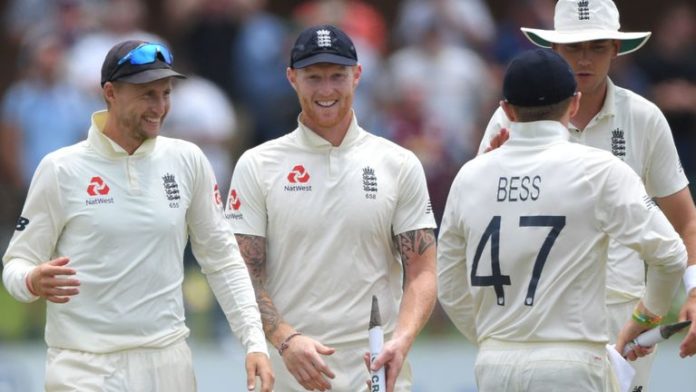 “The energy around the camp is something we have not seen for a while, it is at a different level”

After England’s innings win in Port Elizabeth, Nasser Hussain discusses the impact of the young players, the energy in the camp and the challenge facing the tourists in Johannesburg…

That’s 10 good days in a row – and how often have we been able to say that with England away from home?

At home, we’ve been able to say that quite a bit; they’ve put in performances like this. Historically, they have been found wanting on slow, low turners but they have found ways of getting wickets and found an off-spinner in Dom Bess, who got five-for in the first innings, and Joe Root bowled beautifully on day four for his four-for.

They’ve been backed up by Stuart Broad with the new ball, Mark Wood with his extra pace and Sam Curran with his variations. They still have areas to improve on and it’s not a great South Africa batting line-up, but you can only play what is put in front of you and they have played really well.

The bowlers just need some kind of lateral movement and it wasn’t a raging Bunsen burner, it was a slow turner and hence it was even more impressive from Bess in the first innings. Any time a spinner gets five in the first innings – and it was five of the first six, it wasn’t tailenders – then you know he’s bowled pretty well. The same with Root on Sunday.

The pace of Wood was pretty good throughout – his body was good throughout so that’s a good sign. There are guys on the sidelines like Jofra Archer and Jimmy Anderson and if you’ve done it without those two, then that is a pretty good effort. England will be absolutely thrilled.

The batting: get a big score in the first innings, top three take your time and set it up for the middle-order. All the plans they had when they sat down on Wednesday night in the team meeting, having won the toss, were put into practice.

At Newlands, they probably built the youngsters up a bit too much. Bess did OK, Ollie Pope did OK with his fifty but really it was Anderson, Broad, and Ben Stokes with his performance.

Coming here, it has been the youngsters who have really carried it on, probably from Dom Sibley’s hundred in Cape Town, because when you’re in a side and Anderson takes a five-for, it is different to when one of your young ‘uns – someone you have grown up with through England schools under-15s or whatever – does it. Then you start to think you can do it.

First Sibley does it, then Pope does it, then Bess does it and the youngsters start to feed off each other. That has got to be good for England looking forward. An excellent start from England in this Test and the last Test and they’ve got to take that on to the Wanderers.

I described it as green shoots of recovery. Don’t get giddy, it is an ordinary South Africa batting line-up. Not the bowling attack, anything with Rabada, Philander, Nortje etcetera is pretty good and Maharaj is a pretty good spinner so the runs England have got, I wouldn’t question that at all, 499 against that attack, even on this featherbed, that is brilliant.

But I wouldn’t get too giddy about the bowling against an ordinary batting line-up and with youngsters we applaud, their level is not going to be as consistent as someone like Anderson so you will have bad days. But I have to say that the energy around the camp is something we have not seen for a while, it is at a different level.

By contrast, you listen to Faf du Plessis on interview and he sounded very, very low. The only good thing for them is that they are going to their fortress, the Bullring. It is the Wanderers, it is a very hostile atmosphere.

As you go down the stairs, it is like a cage and there are a load of South Africans beating on that tin roof and you know you are going into the Bullring. But it’ll be easier going into that Bullring with no Kagiso Rabada because facing him on that surface would be a handful. Don’t take anything for granted, at 2-1 they can come back at you but if you’ve got a side down, keep them down.