Home Sport Root: Sky is the limit for Pope 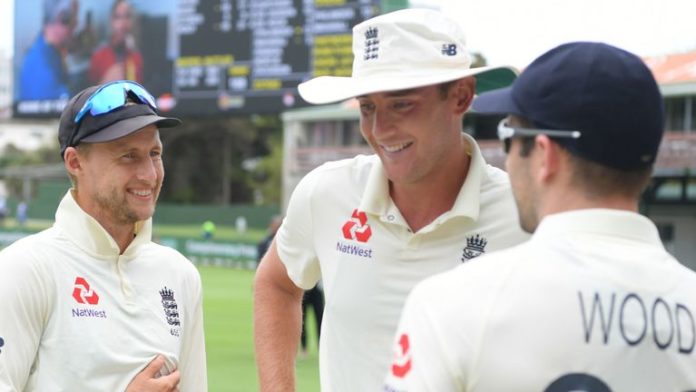 Joe Root believes the “sky is the limit” for Ollie Pope after his man-of-the-match performance in England’s convincing win over South Africa.

The 22-year-old followed up his unbeaten 61 in Cape Town with a superb 135 not out in Port Elizabeth.

REPORT | AS IT HAPPENED

Pope also took six catches to help England win by an innings and 53 runs and secure a 2-1 lead in the four-Test series.

Asked about Pope’s performance, England captain Root told Sky Sports: “He is a wonderful talent and has such a brilliant game on him.

“When you see someone with that ability, once they believe it themselves then the sky is the limit. You could see that with Ollie, you don’t want him to get a position with five, six, seven 50’s and thinking it’s never going to come.

“For him to do it this week was a massive marker for himself and Test cricket in general. A very talented young player has shown he is ready for this and he wants to be very hungry for runs and make it count when he gets in.”

The bowlers were equally as impressive as they bowled South Africa out for 209 and 237, with Dom Bess taking five wickets in the first innings and Root taking four in the second.

He works incredibly hard at his game. He has been given an opportunity to go away and work with his game, learn different things, and he has come back and worked very well with Jeetan (Patel, England bowling consultant). He’s very smart and we have seen brilliant results.

“This game has been a brilliant template for us moving forward,” said Root. “Big first-innings runs, big partnership, and driving the game from there. I couldn’t be more proud of the group and for young lads to step again.

“That’s four performances in this tour getting five wickets or 100 from guys under the age of 25. It’s a really strong effort and a strong message to the rest of the guys to say everybody is capable of doing something special out here. That breeds confidence within the whole group.

“We have a really clear direction of how we want to take the team forward. The guys have come in and responded really well to that and now we are seeing results and that really hammers home the message.

“We just have to keep doing what we are doing, hammering home the way we are playing and not taking our foot off the gas.”

Root also said he thinks ‘things are falling place’ with the top of the batting line-up, which has been a soft spot in recent years for England.

Zac Crawley, Dominic Sibley and Joe Denly all spent plenty of time at the crease in the first innings to lay the platform for the middle order to push on.

“I feel like things are starting to fall into place and with those guys it’s just about encouraging them to do what they are doing,” said Root.

“We might not be scoring as fluently as other teams around the world or previous England teams but we are putting ourselves in a position where myself, Stokesy and Popey can play with a bit more freedom. When the ball is a bit older then guys are a bit more tired and we can put pressure on the opposition.”

‘Living With The Pride’ forgotten moments

British-born man acquitted over journalist’s murder to be released from Pakistan...