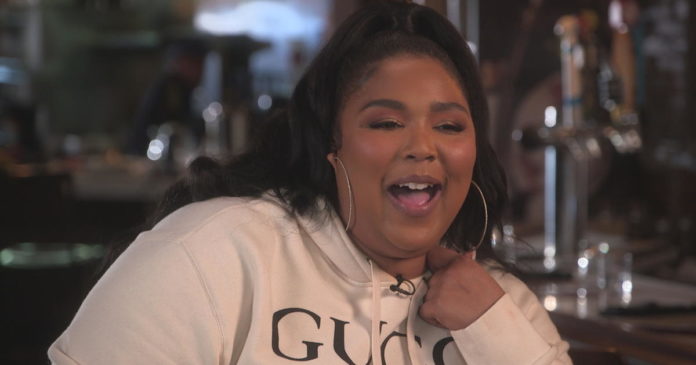 It may seem like Lizzo, who received the most 2020 Grammy nominations of any artist, came out of nowhere. But, the rapper, singer, songwriter and classically trained flautist has actually been perfecting her craft for almost a decade.

“I used everything that happened to me and made myself stronger,” the 31-year-old told “CBS This Morning” co-host Gayle King at BK9, her favorite Caribbean restaurant in Brooklyn.

The name on Lizzo’s birth certificate is Melissa Viviane Jefferson.

“Lizzo happened in middle school,” she explained. “Me and my friends, we all had this thing where we would just put O on the end of our names. So you know, it was Alexo, it was Nino, you know what I’m saying, you would be Gayle-O … So I just went by Lisso.”

Lizzo was the youngest of three and grew up in the suburbs of Houston. Her love of music started when she learned to play the flute in fifth grade.

“I was a band nerd,” she said. “I was so good at flute … My dad wanted me to be this contemporary flutist.”

At 18, she attended the University of Houston on a music scholarship studying classical flute.

But just two years into college, Lizzo dropped out. Her beloved father, who had always encouraged her to play music, had passed away.

“I kind of really gave up,” she said.

“Because you missed your dad?” King asked.

“Just because I was depressed. I didn’t have a purpose, like I didn’t feel like I had a purpose for being a musician or anything. So that turned into, ‘Oh can I sleep on your couch,’ and that eventually, I got really guilt ridden. So all I had was this car. It was a Subaru,” she said. “That was my home for a little. I spent Thanksgiving in that car, and I remember I cried myself to sleep.”

Lizzo said surviving those rough times motivated her to make music again and with few options, she answered an ad off of Craigslist.

But she didn’t know if she could pull it off.

“People now are like, ‘You’re a singer. You’re not a rapper,’ and I’m like, ‘Thanks’ because honey, I could not sing. So I just went for it. They were playing and I was like, ‘Ahhh,’ just singing full throttle. No technique. No intonation. No control. By the end of it, I remember I was like, ‘Ahh,’ and I was looking around at them and they were like, ‘We don’t know what you did or said, but you felt it and we like it,'” she said. “From then on I had to learn how to balance and refine my tools, my instrument.”

More of King’s conversation with Lizzo and other big names in music, will air in “The Gayle King Grammy Special” on Thursday night at 10 p.m. EST. Plus, part of her interview with the Jonas Brothers will air Tuesday on “CBS This Morning.”

The Grammys will air on CBS Sunday night at 8 p.m. EST.