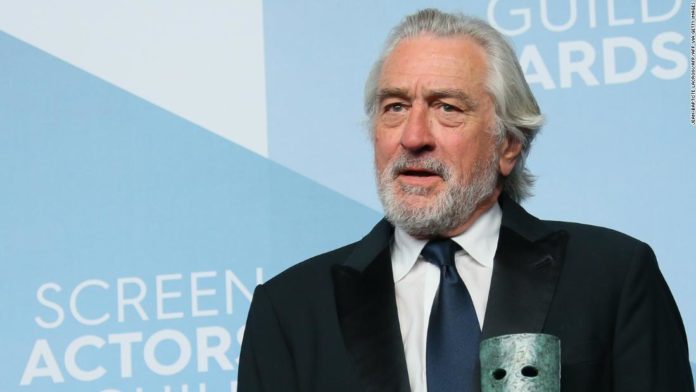 The actor made that case Sunday as he picked up the Screen Actors Guild’s life-achievement award, and the NBA superstar detailed the history of athletes’ activism in a three-part documentary, “Shut Up and Dribble.” The Showtime project served as a direct rejoinder to Fox News host Laura Ingraham, who had used that exact phrase to admonish him for criticizing President Trump.
De Niro’s comments enlivened an otherwise pretty moribund SAG ceremony, which — after a number of political speeches at the Golden Globes — focused more on personal celebrations than issue-oriented messages.
The venerable star articulated a point that seemingly needs to be reasserted every awards season, saying he felt compelled to talk politics, adding, “As a citizen, I have as much right as anybody … to voice my opinion.”
Inevitably, Hollywood’s annual awards showcases produce at least some discussion of political issues, yielding by-now customary expressions of outrage.
The complaints are common: I don’t need to be lectured by pampered celebrities. An awards show isn’t the place for a political lecture. Do the companies that employ them realize that they’re alienating millions of potential fans — and paying customers — by being so outspoken?
What De Niro and James have stated, quite clearly, is yes. We know some of you don’t like it. And we’re willing to absorb the consequences, because we feel it’s too important to stay silent.
Obviously, having already scaled the professional mountaintops that they have, that stance might seem less courageous. If you opt not to watch the Lakers, James will still be OK, in the same way De Niro doesn’t really need to agonize over weekend box-office grosses at this juncture.
What De Niro expressed, though, was a forceful defense of conscience over commerce: In essence, since some people are inclined to pay attention to him because of what he does, because of his “situation,” as he put it, that’s reason enough to sound off when he sees injustice or abuse of power.
Is there a cost to that? Probably, although at this point, one suspects those who tune out award shows to avoid politics are pretty well baked into the formula.
As for celebrities venturing outside their areas of expertise to espouse political views, that’s a fair criticism, but one often flavored with a sizable dose of hypocrisy.
A lot of the same people who dismiss stars that disagree with them embrace those that share their beliefs. If you think De Niro, Jane Fonda and Martin Sheen should shut up because they’re just actors, but welcome the political musings of their ideological opposites James Woods and Jon Voight — or vice versa — yes, I’m talking to you.
Even if you take people at their word about being turned off by stars wading into politics, these celebrities are both passionate and prepared to risk that tradeoff.
Whether the networks, studios, pro franchises and other corporate concerns aligned with such stars always feel the same way might be another matter, but ultimately, those entities need talent. So a degree of fallout from politically minded stars is a cost of doing business, the disclaimer being that bigger names generally enjoy more freedom to speak their minds.
For stars in entertainment and sports, De Niro, like James, has plainly served notice where he stands, and why — and that, to paraphrase the Dixie Chicks, he won’t be content to shut up and act.
You can disagree with his politics. But what you can’t do, at this point, is act surprised, when the players have so clearly spelled out the rules of the game.