Home Sport Soumare suggests he wants to stay at Lille 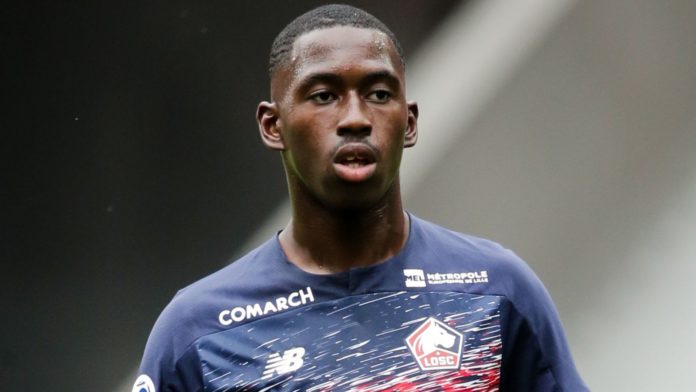 “I want to do a full season… It is not time to leave,” says in-demand France U21 midfielder

Manchester United and Chelsea target Boubakary Soumare has suggested he wants to stay at Lille until the end of the season.

Sky Sports News reported last week that the France Under-21 midfielder is set to decide between joining Ole Gunnar Solskjaer’s or Frank Lampard’s squad after this weekend’s Ligue 1 clash with Paris Saint-Germain.

But the 20-year-old says he has indicated to Lille boss Christophe Galtier that he does not see himself leaving this month.

“I feel good here.,” he told L’Equipe. “I learn, we have high goals, like the Champions League. A departure is not on the agenda.

“I want to do a full season. My team-mates are helping me. It is not time to leave. I don’t want to leave with regrets.

“I have already discussed it with the coach. I told him very clearly. I have a very clear idea of ​​where I want to go in my career. I know where I am today. And that suits me.”

Arsenal were also among the clubs wanting to sign Soumare this month, along with Real Madrid and Valencia in Spain – but all three clubs are said to be no longer in the running.

United and Chelsea have held talks over the player but no decision is expected to be made before January 26.

Soumare, who has two-and-a-half years left on his Lille contract, is a box-to-box midfielder in the mould of Paul Pogba and has impressed across 23 appearances in all competitions this season, including six in the Champions League.

It had been expected that he would be the only one of Lille’s promising young stars to be sold this month.