Home Sport Nowell to have surgery on injured ankle 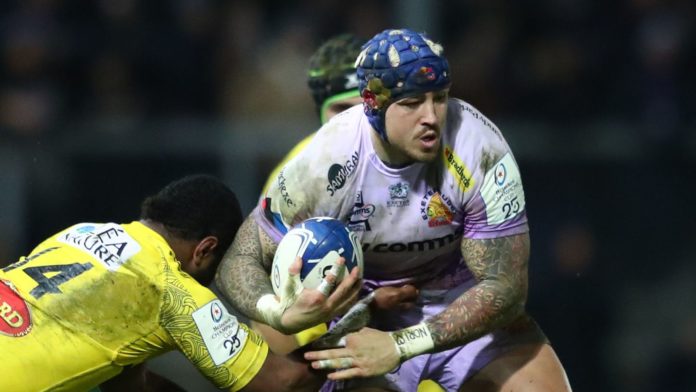 Exeter Chiefs have revealed Jack Nowell missed out on selection for England’s Six Nations squad due to an ankle injury, which he is set to have surgery on.

The Chiefs also confirmed Henry Slade missed out on selection as he is still recovering after fracturing his ankle during December’s win over Leicester Tigers.

? – Injury means @Sladey_10 and @nowellsy15 are not named in @EnglandRugby squad for @SixNationsRugby – Slade still recovering from broken leg, Nowell is set to undergo surgery on ankle injury

Nowell played all 80 minutes of Exeter’s 33-14 win over La Rochelle in the Champions Cup on Saturday but has been battling an ankle injury since the World Cup.

It has now been decided that he requires an operation in order to fix the long-standing problem.

England head coach Eddie Jones said: “Jack is injured and is going to have an operation and we’ll see when he gets back.”

They will fly out to Portugal on Thursday to begin preparations for England’s opening World Cup against France in Paris on February 2.

The Chiefs are top of the Premiership after eight games, one point ahead of Northampton Saints.

They are also through to the quarter-finals of the European Champions Cup, where they will play Northampton on the weekend of April 3/4/5.