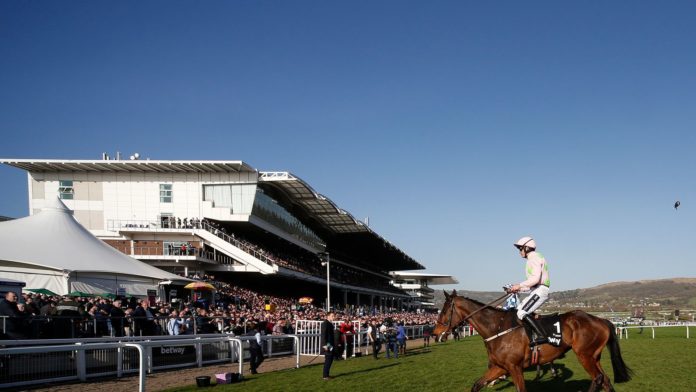 Connections of Douvan remain hopeful of getting the classy two-miler to the Cheltenham Festival for the Betway Queen Mother Champion Chase.

The 10-year-old suffered a setback after making a triumphant return following 569 days on the sidelines in the Clonmel Oil Chase in November. That meant he could not run at Leopardstown over Christmas.

He appears to be on the mend and trainer Willie Mullins is about to step up his work.

“It’s possible he’ll go straight to Cheltenham. He wouldn’t run before it,” said Patrick Mullins, assistant to his father.

“If he makes Cheltenham great, if he doesn’t we’ll look for something after Cheltenham.

“We’re taking it week by week with him. He’s obviously very fragile, but he’s entered in Cheltenham and the plan is to get him to Cheltenham.

“He’s here in the yard, he’s been ridden out so we’re just stepping him up slowly. We’ve got a bit of time at the moment. We don’t have to press any buttons just yet. It’s so far, so good.”

Saldier also missed Leopardstown’s Christmas meeting but he could make the Unibet Champion Hurdle at Cheltenham.

He staked a claim for honours when winning the Morgiana Hurdle at Punchestown in November, after being off the track following fall at Naas a year earlier.

Mullins added: “He’s out riding away and we’re hoping to go straight to Cheltenham with him.

“It’s not ideal, but that’s just the way it has to be. At the moment it’s straight to the Champion Hurdle.”