Home Culture ‘Curb Your Enthusiasm’ is back with MAGA and #MeToo at the center... 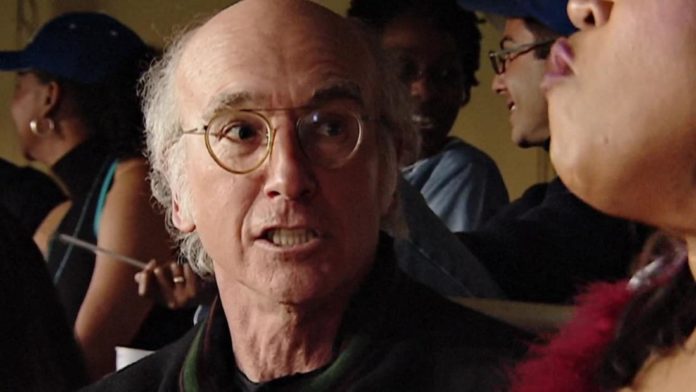 David is in fine form in Sunday night’s 10th season premiere, with fresh complaints about too-cold coffee, politically correct sayings, and most other things in his path as he tries to get through another day of being Larry David.
Among the many things that irritate him this season is when he catches a pregnant woman exercising. “You’re jostling the fetus,” he tells her.
The season premiere, titled “Happy New Year,” also takes aim at Harvey Weinstein and President Trump. After Jeff Garlin complains about a golfing pal wearing a MAGA hat, David sets about wearing the red cap as a “people repulser.”
[embedded content]
Also, this season, we see David fighting with nemesis Susie Greene (Susie Essman) and trying to reunite with his ex wife, Cheryl Hines.
At the start of Sunday’s episode, David, walking with Leon (JB Smoove) grab a stranger’s selfie stick and snap it in half.
If that’s any indication of whats to come, we’re in for prime Larry David.