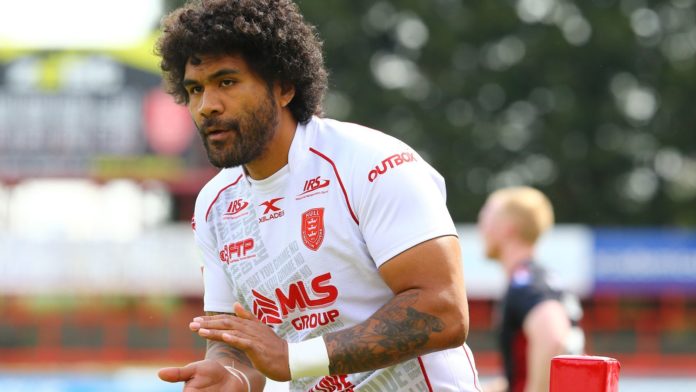 Mose Masoe has sent an uplifting message from his hospital bed vowing to battle back from a severe spinal injury.

The Samoan international was badly hurt in a freak accident while playing in Hull KR’s pre-season friendly at Wakefield eight days ago and, after undergoing emergency surgery, is still recovering in hospital.

The 30-year-old former St Helens prop has been told he will not play again and is now concentrating on regaining the use of his legs.

The Rugby League Benevolent Fund flew Masoe’s family from Australia to be at his bedside and a JustGiving page set up by Hull KR’s Community Trust has already met the initial £30,000 target to support him and his family.

Masoe’s wife Carissa posted a message from her husband on Instagram in which he expressed his gratitude for the support and insisted he is “going to attack this is with a positive attitude and a big smile on my face”.

The message said: “Week one done – I would be lying if I said it wasn’t tough but I’m truly humbled and grateful for all the support from the Hull KR family, the supporters, club staff and my bros as well as the rugby league community around the world as a whole.

“I can’t begin to express my love and gratitude to everyone that has been helping me and my family at such a hard time. We truly are surrounded by amazing people/family.

“Everyone has their own battles that they are fighting themselves and this has become my new battle for now.

“It’s going to be a long road ahead for me and my little family but it makes it easier for us knowing that we are so blessed with all of your support and well wishes.

“The way I’m going to attack this is with a positive attitude and a big smile on my face. Business as usual.

“Thank you all again. Mose.”

The positive way in which Masoe is coping with his adversity has galvanised the rugby league world.