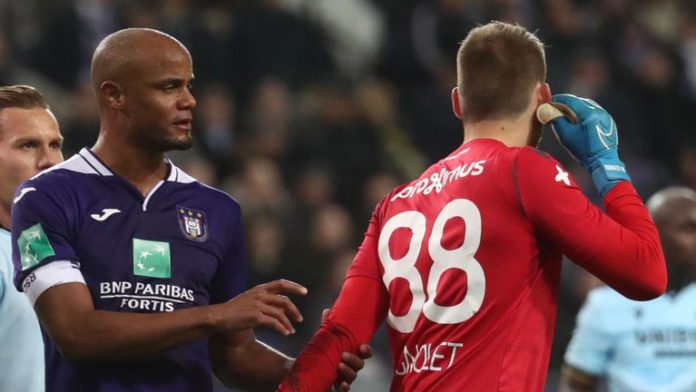 Anderlecht captain Vincent Kompany angrily confronted his own fans for throwing a flare at Simon Mignolet during their match against Club Brugge on Sunday.

Former Liverpool goalkeeper Mignolet was preparing to take a goal kick when Anderlecht supporters in the stand behind launched a flare in his direction.

He was visibly shocked by the incident and covered his face as the flare set off in front of him.

Kompany quickly rushed to the other end of the pitch and remonstrated towards his own fans while offering sympathy to his international team-mate.

Kompany’s Anderlecht lost the game 2-1 at home despite taking the lead and sit ninth in the Belgian top flight.

Watch the video above to see how the incident played out.