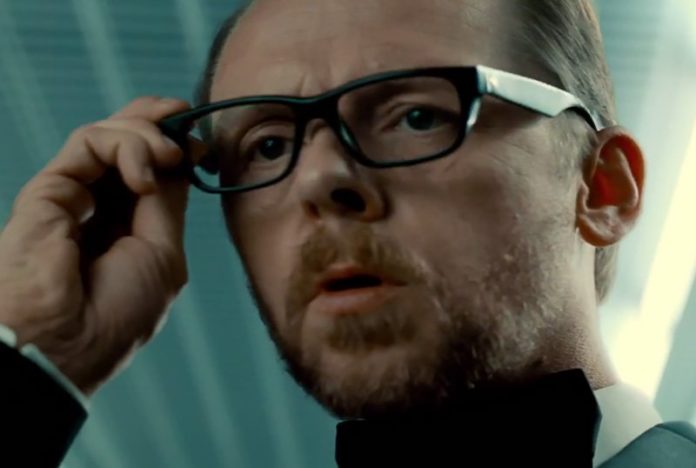 It sounds like Simon Pegg has chosen to accept yet another impossible mission – Mission: Impossible 7, that is. At least, according to Collider who picked up an interview with the actor on the Canadian program, Our City Tonight, in which he states that his upcoming plans include another adventure with Tom Cruise and the Impossible Mission Force. Check out the interview below!

Pegg was promoting another film, Lost Transmissions, when he made the announcement, which you can watch below. Around minute eleven he says, “I have another Mission: Impossible to start next year,” before branching off into another subject. The outlet does point out that this interview was likely recorded in December, which means the phrase “next year” likely means 2020. Therefore, we can deduce he means M:I 7. (Now, what about M:I 8?)

This is great news as Pegg’s character, Benji, has been a welcome addition to the franchise since his first appearance in J.J. Abrams’ Mission: Impossible III.

Of course, neither Paramount nor director Christopher McQuarrie has confirmed Pegg’s involvement, but the actor clearly felt confident enough to drop that bit of information.

Following the large critical and commercial success of the past two installments, Mission: Impossible – Rogue Nation and Mission: Impossible – Fallout, writer/director Christopher McQuarrie signed a new deal with Paramount to return to write and direct the next two installments, turning down other studio offers to continue his long-running partnership with franchise star Tom Cruise, who is slated to return for the future installments.

Skydance Media, who joined the franchise with the fourth installment, Ghost Protocol, will return to produce the next two entries.

The Mission: Impossible franchise spans almost 25 years and six films, starting off with modest critical and major box office success in the first two films before launching its lead protagonist into grittier and more explosive stories, each film getting progressively better reviews than its predecessor, with the most recent installment, Fallout, earning the highest reviews for both the franchise and the action genre, currently maintaining a 97% approval rating from critics on Rotten Tomatoes while also acquiring the highest box office gross of the franchise at over $790 million worldwide