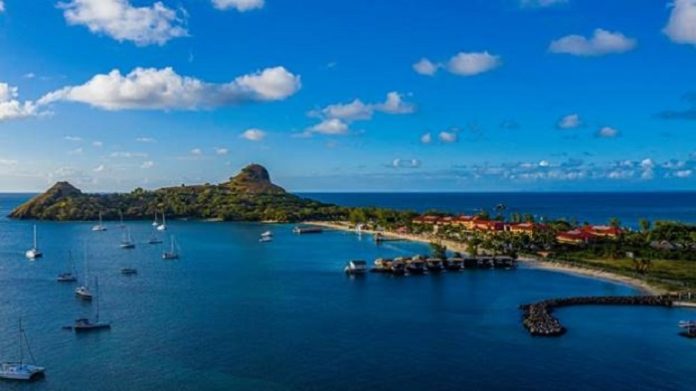 The latest figures indicate that Saint Lucia has surpassed all previous records set with regards to stay-over arrivals.

St Lucia has thus welcomed 100,000 additional visitors in nine years – an increase of 38 per cent.

Much of the growth is being attributed to increases in airlift from the US market in particular, which this year, accounted for close to half (45 per cent) of total stay-over arrivals – roughly 191,000 visitors.

The Caribbean emerged as the island’s second largest market, claiming 20 per cent of total stay-over arrivals, followed closely by the UK market with 19 per cent and Canada with ten per cent.

In total, stay-over arrivals was up seven per cent from the previous year, which in itself, was a record-breaking year.

This increase in arrivals was of tremendous benefit to the tourism industry, and by extension, the entire economy of Saint Lucia as it resulted in increased bed-nights, meaning more persons stayed in paid accommodation, required taxi services and enjoyed the natural sites, attractions and cuisine that the island has to offer and thereby, created more job opportunities for the local population.

In responding to the unpresented growth, tourism minister, Dominic Fedee, said: “We are not simply interested in increasing numbers but more importantly ensuring that the growth trajectory of the industry is sustainable and that it touches every facet of economic development leading to employment creation and income generation for our people.

“External reports also indicate that although Saint Lucia has one of the highest average daily rates in the region, we continue to be in high demand, which only augurs well for the revenue generation capability of the destination.”

He continued: “We are extremely proud of this achievement as it clearly is the result of strong industry leadership, coupled with well thought out and targeted marketing policies and programs, that result in employment generation for thousands of Saint Lucians either on the front lines of the hospitality industry or indirectly via related industries.

“Surpassing the 400,000 visitor-arrival threshold truly is a fitting way to conclude the island’s recognition of its 40th year of independence.”

What Dakota Johnson’s moving performance as a dying woman taught her...