Home Culture “The Rock” opens up about dad’s “quick” death 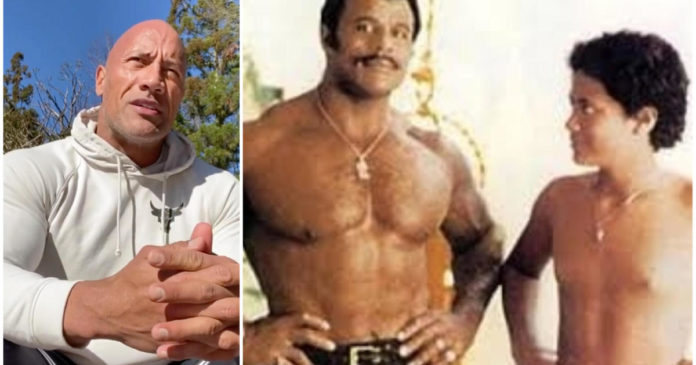 Dwayne “The Rock” Johnson is speaking out about the loss of his father, Rocky “Soul Man” Johnson, a WWE Hall of Famer who died last week at the age of 75. On Sunday, he posted an emotional message about his late dad.

“Hard to express how deeply grateful I am for all your love, mana & support,” the caption of his Instagram post read. In a nearly eight-minute video, Johnson revealed he didn’t get to say goodbye to his father before he passed away.

He first thanked his fans, telling them his heart is “full of gratitude” for “the outpouring of love and support and the well wishes.”

Johnson then explained to curious fans that his dad’s death was sudden. “As you know, I lost my old man a few days ago. I lost him just like that, didn’t get a chance to say goodbye to him,” he said.

“I’d give anything right now to give him a big old hug and a big old kiss before he crossed over and just say thank you and I love you and I respect you,” Johnson continued. “But I didn’t get a chance to say that. But such is life, as many of you know, based on the messages that you have shared with me, that many of you understand this pain when you lose a parent.”

Johnson then reflected on being a parent himself. “I’ve got the greatest bond with my three daughters, Simone, Jasmine and Tia. There’s nothing like a bond between a father and a daughter,” he said. “But, there’s also a unique father and son bond. … It’s irreplaceable.”

“There’s so much about my old man and his complexities that only me, his son, understand,” he continued. Then he shared what caused his father’s death.

“A lot of you wanted to know what happened to my dad. He had not been feeling well and had been battling a cold and infection. And on Tuesday he had a deep vein thrombosis which is essentially a blood clot in his leg,” Johnson explained. He said the blood clot traveled to his dad’s lung and then caused a “massive heart attack.”

“My question was ‘Was he in pain? Did it go quick? Was it drawn out?’ And [the medical examiner] said it was quick,” Johnson said, adding that it gave him comfort that his dad was no longer in pain, after years of pain from professional wrestling.

The actor, who followed in his dad’s footsteps and payed homage to him with his professional wrestling name, also revealed in the Instagram video that he will give the eulogy at the funeral Tuesday. But first, “The Rock” was going to go to the gym — something his dad, who trained him, would’ve been proud of.

To end his Instagram post, “The Rock” wrote: “Go hug your loved ones hard, while you still can.I love you. DJ #ripsoulman.”