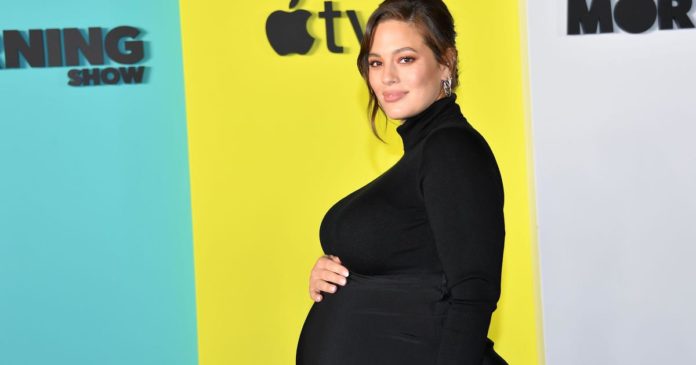 Clear the runway: Supermodel Ashley Graham is officially a mom! The star welcomed her first child, a baby boy, with filmmaker husband Justin Ervin this weekend, she announced on Instagram.

“At 6:00pm on Saturday our lives changed for the better,” Graham wrote in an Instagram Story on Monday afternoon. “Thank you for all your love and support during this incredible time.”

The 32-year-old model also posted the date of his birth with a blue heart and tagged Ervin, who re-shared it on the platform. She also tweeted the message, but didn’t share any additional details of the baby’s birth or his name.

Graham announced the pregnancy last August on the couple’s nine year wedding anniversary. She revealed the month the baby was due and his sex during an appearance on “Ellen” in November.

In 2016, the star spoke to “Entertainment Tonight” about her desire to have children in the future. “We are going to totally have kids. We are probably going to do it in the next few years,” Graham said. “Just another part of my brand building.”

The model, an outspoken advocate of body positivity, also spoke with “CBS This Morning” in 2017 about how instrumental her own mother was in teaching her to love her body — a practice Graham is sure to continue with her child.

“I remember going home one time, crying to my mom. And I was sitting cross-legged. And I said, ‘See this fat? This fat that’s bulging out of my hip?’ And she said, ‘That’s just your hip. And honestly, if you didn’t have that, you wouldn’t fit into this family,'” Graham recalled. “She really made me feel better about being a curvy, bigger girl in a world that was constantly judging me.

Graham’s son isn’t the only exciting event in the star’s life this month — she’s also appearing on the cover of Vogue.