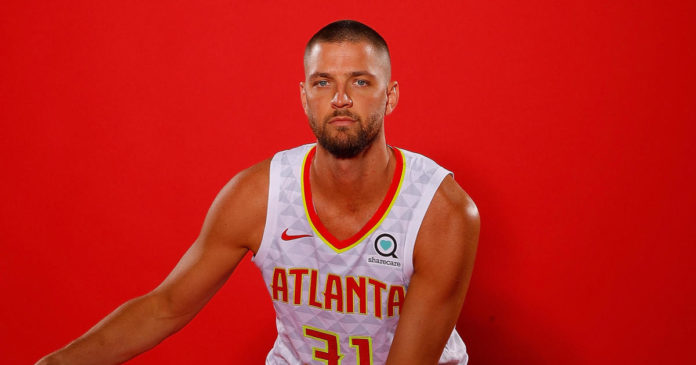 Atlanta Hawks forward Chandler Parsons suffered devastating injuries in a three-car crash caused by an alleged drunk driver last week, the law firm representing him said on Monday. The firm, Morgan & Morgan, said in a statement to CBS News that the injuries sustained in the crash could “potentially” end Parsons career as a professional athlete.

The collision happened shortly after Parsons, 31, left Hawks practice on Wednesday. He suffered “multiple severe and permanent injuries,” including a traumatic brain injury, disc herniation and a torn labrum, the firm said. His attorneys, John Morgan and Nick Panagakis, said the crash “never should have occurred.”

“Chandler is having a difficult time accepting the consequences of the defendant’s reckless conduct on the roadway,” the attorneys said.

The driver, who was not identified in the statement, admitted to drinking, had alcohol in the car and passed out after the crash, according to the firm. The individual was arrested and charged with a DUI.

The firm provided CBS News with a photo showing Parsons’ car after the wreck. The image shows the front left side of a Bentley damaged and a few steps from a light pole.

“Chandler was in peak physical condition at the time of the wreck,” the attorneys said. “He is now working with a team of doctors to regain his health, and at this time, his ability to return to play is unclear. Our focus right now is on helping him make a full recovery, while we also work to hold any and all responsible parties fully accountable.”

Parsons is making more than $25 million in the final year of his contract. He has played just five games for the rebuilding Hawks, averaging 2.8 points. The Hawks play the Toronto Raptors on Monday.