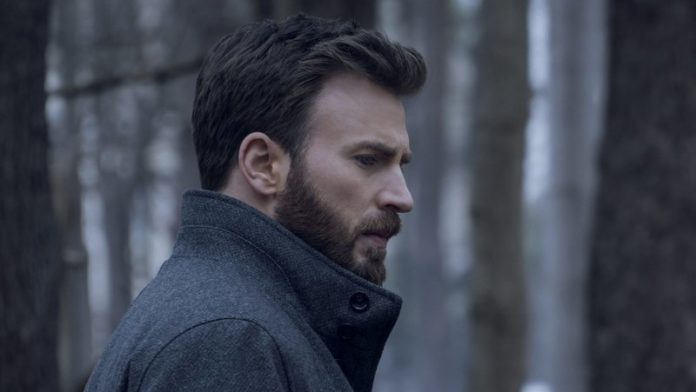 Apple TV+ has announced the official premiere date for their upcoming limited series adaptation of Defending Jacob, based on author William Landay’s crime drama novel of the same name. Starring MCU alum Chris Evans, the series will debut its first three episodes on Friday, April 23 with new episodes premiering every Fridays. The announcement also came with the release of the first-look photos featuring Evans, Michelle Dockery and Jaeden Martell as the Barber family. Check out the full photos in the gallery below!

Defending Jacob is described as a a gripping, character-driven thriller based on Landay’s 2012 novel published by Random House. The series will unfold around a shocking crime that rocks a small Massachusetts town, and follows an Assistant District Attorney who finds himself torn between his sworn duty to uphold justice, and his unconditional love for his 14-year-old son, who is being accused of murder.

The limited series stars Chris Evans (MCU, The Gifted) as Andy Barber in his first major TV role after 17 years since appearing in Fox’s Skin in 2003. It will also feature Emmy nominee Michelle Dockery (Downton Abbey) as Laurie Barber and Jaeden Martell (The Book of Henry, It) as Jacob Barber along with two-time Emmy winner Cherry Jones (The Handmaid’s Tale) as Joanna Klein, Pablo Schreiber (American Gods) as Neal Logiudice, Sakina Jaffrey (Timeless) as Lynn Canavan, Betty Gabriel (Get Out) as Paula Duffy, Paul Wesley (The Vampire Diaries) as Bobby, Leighton Meester (Gossip Girl) as Sara, Kat Graham (The Vampire Diaries) as Rose, Daniel Henshall (The Babadook) as Leonard Patz, Matt Lanter (Timeless) as Jason, Poorna Jagannathan (The Night Of) as Dr. Elizabeth Vogel and Jake Picking as Jake.

Written by Mark Bomback (Planet of the Apes) from Landay’s best-selling novel, the limited series will be produced by Paramount Television and Anonymous Content. The Imitation Game director Morten Tyldum will direct the series and executive produce alongside Evans.

Warner Bros. originally planned to adapt Defending Jacob into a feature film back in 2012, but nothing ever materialized.