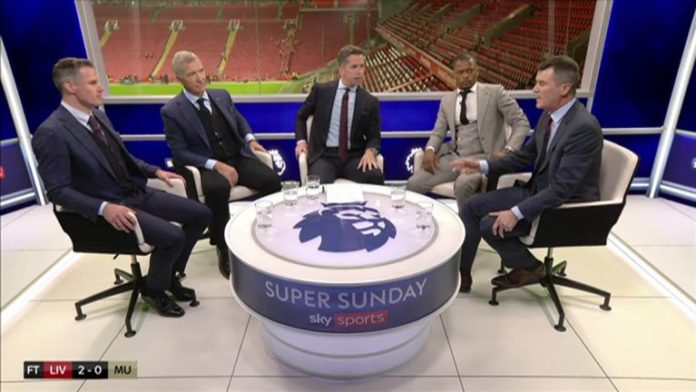 Frank Lampard admits he is out to silence doubters like Roy Keane by making a success of his Chelsea tenure.

Keane sarcastically claimed Lampard has “all the answers for Chelsea” in a heated Sky Sports panel discussion with Jamie Carragher on Sunday.

Lampard was quick to sidestep any clash with Keane but revealed his surprise his name cropped up in the discussion.

“I watched it, it was good viewing wasn’t it? It makes your ears prick up,” said Lampard, who took over at Chelsea last summer after just one season at Derby.

“I don’t think being English gives you any sort of a bye from criticism, in fact I’ve heard quite a lot when I first got this job of writing me off because I’m young and English and only had a year at Derby.

“I think that conversation was so quick that a lot was coming out.

“And fair play to Roy, I love watching him talk about football because of how passionate he is and to the point, but I don’t think I’ve had any byes for being English.

“I get the whole Derby one. I went to Derby with a team in a difficult place and we made a fantastic effort to get promoted.

“I don’t expect that to be a gauge of whether I should have got the Chelsea job or not.

“A lot of people want to question inexperience and it’s my job to do as well as I can here, so I put those questions to bed.”

Keane and Carragher were locked in an animated debate over United’s route to closing the gap on fierce rivals and runaway Premier League leaders Liverpool.

“We are in a process here at the minute and I want to get better and better, and I have respect for Roy Keane and Carra and I got it,” said Lampard.

“Where they were coming from on Liverpool, my feeling was they have a great manager and a great team.

“Jurgen Klopp doesn’t run 70 yards up the pitch and stick that in the net, but what he does is coach and create an environment and an atmosphere so it’s two ways – players and coaching.

“My job now is not to concern myself too much with that sort of stuff because it can throw you both ways.

“In terms of coaches and managers and I listen to them intently, because you look at Jurgen Klopp and I think he’s an incredible manager, and he has had four years there to build this incredible team.

“So that’s probably, as I saw it, a mixture of young players who have come through and improved and he takes credit for that, some fantastic recruitment of some players who have certainly improved over the course of that four years and then some big-hitting signings that really hit home and came in at the right time.

“So it’s a beautiful model to look at. Everybody’s different, but he has had time and opportunity to bring in players for his style and the way he wants to play. So that’s an incredible story.

“When it comes to Ole (Gunnar Solskjaer) or myself, you do want time and you do want put all those things in place, young players that take time to develop and get better, recruitment will be hugely important over the next two windows, and we hope, not in trying to follow a Liverpool model, that we get things right and we move forward.