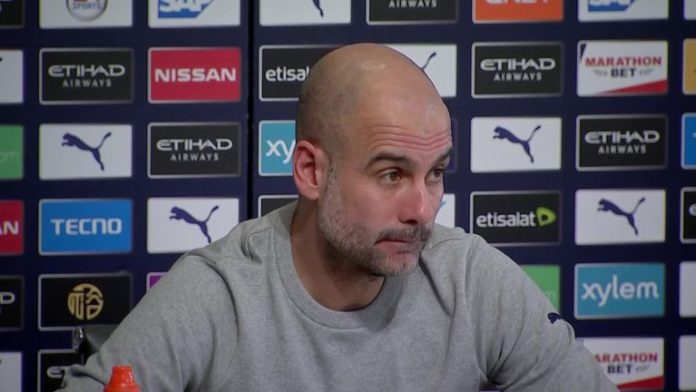 “I am not really surprised. I am so sorry for [Rashford and Kane]. With this amount of games it will happen and afterwards the administration cannot complain,” says Guardiola.

Manchester City manager Pep Guardiola says England are hurting their own chances of Euro 2020 success because of the number of fixtures in the English schedule.

Tottenham head coach Jose Mourinho has raised the possibility England’s first-choice striker Harry Kane could be out until next season and miss Euro 2020 after he ruptured a tendon in his hamstring on New Year’s Day.

Meanwhile, Manchester United striker Marcus Rashford suffered a double stress fracture in his back, ruling him out for at least six weeks.

Guardiola says he has a lot of sympathy for the players who continue to give everything they have when asked to play every few days, instead squaring the blame on the decision makers at the top of English football who he says are inadvertently hurting the national side.

When asked if England are hurting themselves with the organisation of the football calendar, Guardiola replied: “Yeah, it’s a big blow for Gareth (Southgate) and the national team. Harry Kane and Marcus Rashford are incredible, important players for them.

“I think the England team [has a lot of options] not just these two but hopefully there is not another one [that picks up an injury] and they can recover.

“There are still many months ahead before the European Championships, bit it has happened.

“It’s incredible the amount of game there are. Now because [of Rashford and Kane] they are noticing, but looking back, maybe they don’t understand how many injuries Newcastle or we had this season.

“For all the teams, it is normal, that when you have so many games, sooner or later it will breakdown. I am not really surprised. I am so sorry for them and even for my players.

“With this amount of games it will happen and afterwards the people of the administration cannot complain.

“It’s too much to expect, of course. They will arrive at the Euros with their national teams, do their best and afterwards no more than 20 days [rest] because the business, the show must go on.

“It isn’t sustainable. Next season, or the next one, or the next one – I don’t know when – the players will fall down. It’s too much. All the managers can complain but they don’t care.

“The players do the the best they can, all the clubs are under so much pressure to win, win the title or qualify for the Champions League.

“We are being pushed, at some point the body will say ‘stop it’s enough’.”