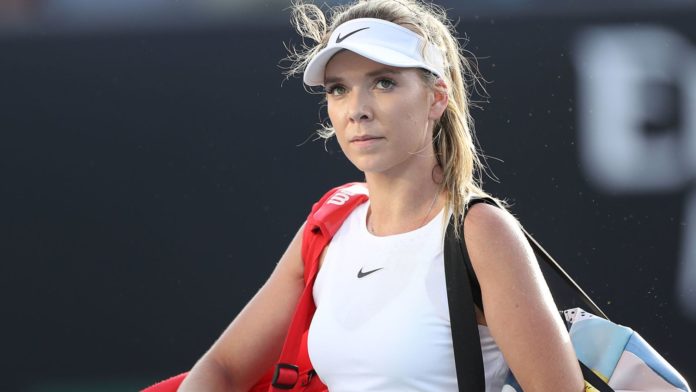 Katie Boulter received a confidence boost after a promising return to Grand Slam tennis but was beaten 6-4 7-5 by fifth seed Elina Svitolina.

The 23-year-old from Leicestershire is currently ranked down at 315 but has entered what will be her first Grand Slam for a year using a protected mark of 85.

Boulter produced one of the best wins of her career against Ekaterina Makarova in the second round here 12 months ago but a back injury – suffered in helping Great Britain to their historic Fed Cup victory over Kazakhstan in April – ended up ruling her out for more than six months.

It was a very tough draw, and Boulter struck the ball well, racking up 27 winners to Svitolina’s 17, but ultimately the Ukrainian was the more composed on the big points.

Boulter said: “I felt like I had a chance the whole match. I knew if I could string a few points together here and there then I was in with a chance.

“I think I played some really good points but I also gave a lot away, which for me is quite disappointing because I expect better of myself. But it was a good match, I have to take the positives from it.

“I haven’t played a match like that in a very long time.”

Spain’s Garbine Muguruza, who retired from the Hobart International due to a viral illness, overcame its lingering effects to beat qualifier Shelby Rogers in a topsy-turvy encounter 0-6 6-1 6-0, while Kazakhstan’s Zarina Diyas stunned 21st seed Amanda Anisimova 6-3 4-6 6-3.