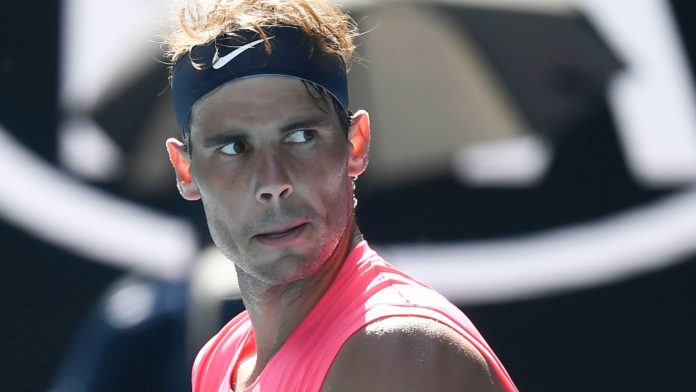 “So I don’t care about 20 or 15 or 16 [Grand Slam wins]. I just care about trying to keep going, keep enjoying my tennis career”

World No 1 Rafael Nadal says he is only thinking about his next opponent at the Australian Open and not if he can win his 20th Grand Slam.

Nadal eased himself into the second round to begin his bid for a record-tying 20th major title after victory at the US Open last summer brought him to within one of Roger Federer’s mark.

Melbourne has been home to Nadal’s least-successful Slam, with his only title here coming 11 years ago, although he has reached four finals since, including last year’s defeat by Novak Djokovic.

Nadal made a convincing start with a 6-2 6-3 6-0 victory over Hugo Dellien, the first Bolivian ever to play at the tournament in Melbourne.

When asked if he was thinking about number 20, Nadal said his only thought was playing the winner of the match between Federico Delbonis or Joao Sousa.

“I think about my practice of tomorrow, try to follow up the level of tennis that I played in the third set,” he said.

“So I don’t care about 20 or 15 or 16. I just care about trying to keep going, keep enjoying my tennis career.