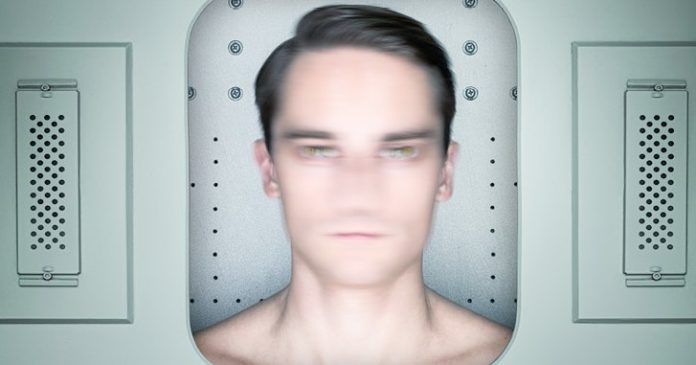 What’s clear is that Woody was investing thousands of dollars of his own money in Panoramic with no guarantee of getting it back. Meanwhile, friends of his at the University of Texas at Austin had been urging him to come work there, dangling the promise of a steady salary. Woody left Panoramic in January 1966. The firm appears to have folded soon after.

With daydreams of building his computer person still playing in his head, Woody moved his family to Austin to dedicate himself to the study and teaching of automated reasoning. But his work on facial recognition wasn’t over; its culmination was just around the corner.

In 1967, more than a year after his move to Austin, Woody took on one last assignment that involved recognizing patterns in the human face. The purpose of the experiment was to help law enforcement agencies quickly sift through databases of mug shots and portraits, looking for matches.

As before, funding for the project appears to have come from the US government. A 1967 document declassified by the CIA in 2005 mentions an “external contract” for a facial-­recognition system that would reduce search time by a hundredfold. This time, records suggest, the money came through an individual acting as an intermediary; in an email, the apparent intermediary declined to comment.

Woody’s main collaborator on the project was Peter Hart, a research engineer in the Applied Physics Laboratory at the Stanford Research Institute. (Now known as SRI International, the institute split from Stanford University in 1970 because its heavy reliance on military funding had become so controversial on campus.) Woody and Hart began with a database of around 800 images—two newsprint-quality photos each of about “400 adult male caucasians,” varying in age and head rotation. (I did not see images of women or people of color, or references to them, in any of Woody’s facial-recognition studies.) Using the RAND tablet, they recorded 46 coordinates per photo, including five on each ear, seven on the nose, and four on each eyebrow. Building on Woody’s earlier experience at normalizing variations in images, they used a mathematical equation to rotate each head into a forward-looking position. Then, to account for differences in scale, they enlarged or reduced each image to a standard size, with the distance between the pupils as their anchor metric.

The computer’s task was to memorize one version of each face and use it to identify the other. Woody and Hart offered the machine one of two shortcuts. With the first, known as group matching, the computer would divide the face into features—left eyebrow, right ear, and so on—and compare the relative distances between them. The second approach relied on Bayesian decision theory; it used 22 measurements to make an educated guess about the whole.

In the end, the two programs handled the task about equally well. More important, they blew their human competitors out of the water. When Woody and Hart asked three people to cross-match subsets of 100 faces, even the fastest one took six hours to finish. The CDC 3800 computer completed a similar task in about three minutes, reaching a hundredfold reduction in time. The humans were better at coping with head rotation and poor photographic quality, Woody and Hart acknowledged, but the computer was “vastly superior” at tolerating the differences caused by aging. Overall, they concluded, the machine “dominates” or “very nearly dominates” the humans.

This was the greatest success Woody ever had with his facial-recognition research. It was also the last paper he would write on the subject. The paper was never made public—for “government reasons,” Hart says—which both men lamented. In 1970, two years after the collaboration with Hart ended, a roboticist named Michael Kassler alerted Woody to a facial-recognition study that Leon Harmon at Bell Labs was planning. “I’m irked that this second rate study will now be published and appear to be the best man-machine system available,” Woody replied. “It sounds to me like Leon, if he works hard, will be almost 10 years behind us by 1975.” He must have been frustrated when Harmon’s research made the cover of Scientific American a few years later, while his own, more advanced work was essentially kept in a vault.