The European Space Agency has created an experimental “oxygen plant” in the Netherlands that can extract oxygen trapped within simulated moondust.

Not only does the process extract up to 96 percent of the oxygen in the imitation lunar soil, it also leaves behind metals that might be valuable to future crewed missions that venture to the moon, Mars, and beyond.

Oxygen on the Moon

Based on lunar rock samples returned to Earth during the Apollo missions, scientists know that the Moon’s soil, or regolith, contains about 40 to 45 percent oxygen by weight. This makes oxygen the most abundant element on the Moon’s surface. But harvesting it is difficult.

“Being able to acquire oxygen from resources found on the moon would obviously be hugely useful for future lunar settlers, both for breathing and in the local production of rocket fuel,” said Beth Lomax, a University of Glasgow researcher involved in the project, in an ESA press release.

We all know the importance of breathable oxygen, but oxygen in liquid form is also used as a propellant in many rockets. So by taking oxygen directly from the moon — a process called in-situ resource utilization — future missions wouldn’t have to bog down their rockets with a massive surplus of heavy liquid propellants. This would allow us to essentially use the moon as a cosmic gas station, helping drastically drive down the cost of far-reaching space missions to Mars and beyond. 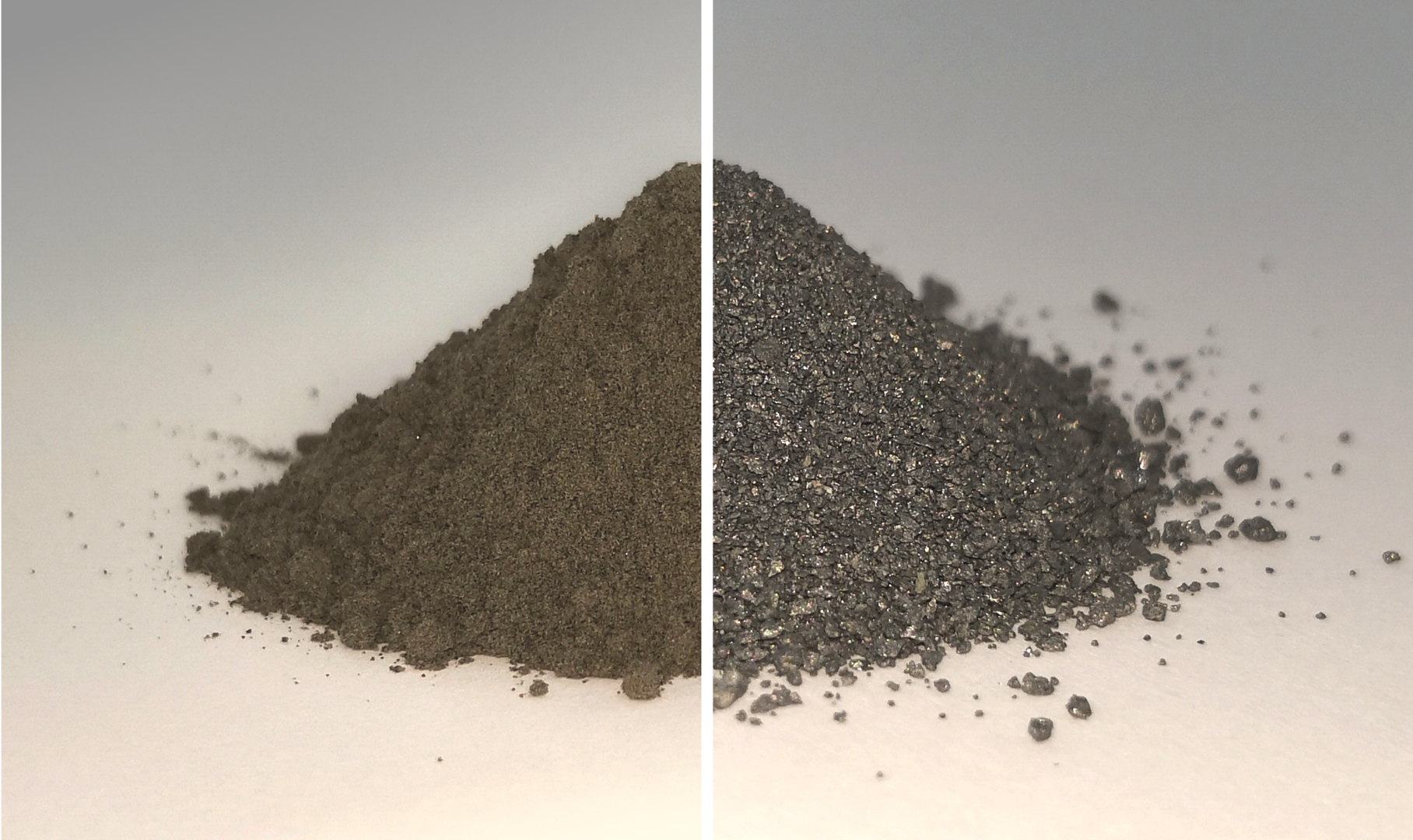 On the left is a pile of simulated lunar soil, or regolith; on the right is the same pile after essentially all the oxygen has been extracted from it, leaving a mixture of metal alloys. (Credit: Beth Lomax/University of Glasgow)

Liquid oxygen could also be extremely useful for maintaining satellites around Earth. According to a paper published by Lomax and other researchers in the journal Planetary and Space Science, it’s more energy efficient to transport liquid oxygen from the moon to Earth-orbiting satellites than it is to launch oxygen from Earth’s surface while fighting our planet’s strong gravity.

The problem with plucking oxygen from lunar rocks, however, is that it’s tied up in chemical compounds, and it takes energy to tear it away. This calls for special methods of separating oxygen from the other elements in lunar regolith.

To separate the oxygen from other components in faux moon rocks, the researchers use a technique called molten salt electrolysis.

By first placing the powdery moon dust into a hot batch of molten calcium chloride salt, then running an electrical current through the mixture, the researchers can let chemistry and physics do the heavy lifting. The oxygen previously trapped in the simulated rocks migrates to an electrode (specifically, an anode), where the researchers can then capture it.

With this technique, the researchers report, they have been able to pull 96 percent of the oxygen out of their imitation moon rocks in the course of just 50 hours. Alternatively, they can extract 75 percent of the oxygen in just the first 15 hours. Plus, as an added bonus, the process leaves behind a mixture of metal alloys that researchers suggest could be useful as well.

And just in case you’re wondering, according to a press release published last August, researchers at NASA’s Kennedy Space Center are also working on a technique for harvesting oxygen from moon rocks. So stay tuned, because in the not-too-distant future, we might have an old-fashioned gas station bidding war break out on the Moon.