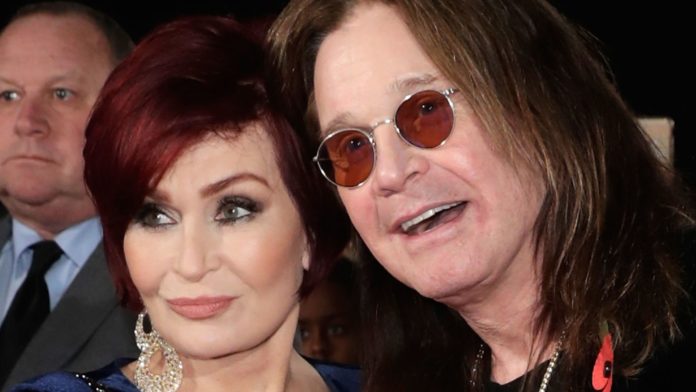 Rockstar Ozzy Osbourne has revealed he is battling Parkinson’s disease.

The Black Sabbath frontman, 71, said he was diagnosed with a form of the condition called PRKN 2 in February last year.

“It’s been terribly challenging for us,” he told Good Morning America.

“I did my last show New Year’s Eve at The Forum. Then I had a bad fall. I had to have surgery on my neck, which screwed all my nerves.

“A year ago next month I was in a shocking state. I’m on a host of medication, mainly from surgery.

“I’ve got numbness down this arm from surgery, my legs feel like they’re going cold, I don’t know if that’s from the Parkinson’s.”

Ozzy has previously batted off rumours he had Parkinson’s, but said he wanted to “own up” to his condition for the sake of his fans.

He cancelled tour dates in Australia, New Zealand and Japan in February and March last year after saying he needed to recuperate from pneumonia.

His wife, Sharon Osbourne, said his diagnosis is “not a death sentence by any stretch of the imagination”.

However, she said the neurodegenerative disease, which has no cure, affects “certain nerves in your body”.

Sharon said the couple will be going to a doctor in Switzerland in April as they cannot get anymore answers from the US, where they live.

“We’re going to a professor in Switzerland. And he deals with getting your immune system at its peak,” she said.

“We’re going to go anywhere we can to get answers.”

The Osbourne family has always been very open about their lives, even appearing on reality TV show The Osbournes, but they have kept his diagnosis a secret until now.

Ozzy said: “I feel better now I’ve owned up to them [my fans] about having Parkinson’s.

“To hide something is hard – you never feel proper. You feel guilty. I’m no good with secrets. I cannot walk around with it anymore. It’s like I’m running out of excuses.”

He said he was feeling “a lot better now than I was last February” and is determined to start touring again.

Sharon started crying, as she said: “It means so much to him what he does, he loves to perform, it’s the air that he breathes.

“This is the longest he’s ever been home. It’s time for him to get back on the road because he’s driving me mad.

“He really needs to get back out now.”

The musicians are widely credited with inventing and popularising heavy metal music.

Birmingham-born Ozzy has released 11 solo albums and sold more than 100 million records across the globe with Black Sabbath and on his own.