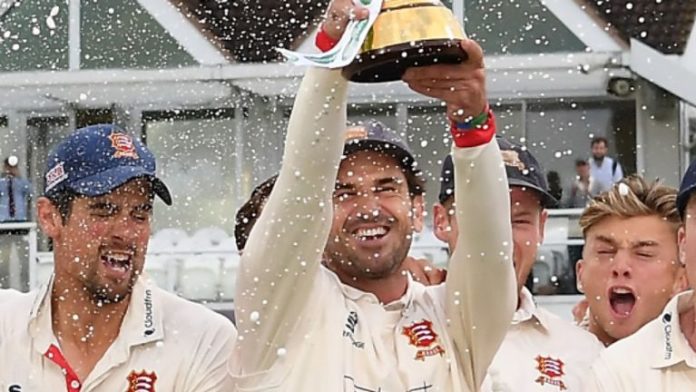 Ryan ten Doeschate has resigned as Essex captain only a few months after leading the club to the Specsavers County Championship title.

Tom Westley, recipient of five Test caps for England in 2017, has been confirmed as Ten Doeschate’s successor and will now skipper the side in the championship and Royal London One-Day Cup; Simon Harmer retains his role as captain for the Vitality Blast, with Essex defending champions of that competition too.

The now 39-year-old Ten Doeschate took on the captaincy at the start of the 2016 season and presided over Essex’s promotion to Division One, in which they have since topped the table in two of the last three seasons.

“It’s been the biggest privilege to captain this club for the last four years and now is the right time for someone new to take charge,” Ten Doeschate wrote in an open letter.

“I would like to pay tribute to an incredible bunch of players who have given everything to the team over the last four years and to whom I will always be indebted for allowing me to live out my cricket dream, thank you.

“I can’t wait to join the troops, focus on my batting, and to give the new captain all of my support in continuing to try to get the best out of our great club.”

Westley is an Essex Academy graduate and has 152 first-class, 80 List A and 74 T20 appearances for the club since making his debut in 2006.

The 30-year-old now follows in the footsteps of the likes of Keith Fletcher, Graham Gooch and Nasser Hussain in becoming a homegrown Essex captain.

“I’ve been with the club since I was 13 and I can’t really put into words how much this means to me,” Westley said of his appointment. “I’ve spent my whole career with Essex so it’s a really proud moment for me and my family.

“Ryan has done an outstanding job and deserves every bit of praise he gets. He’s been a fantastic captain, a close friend and an excellent leader who I’ve learnt a lot from.

“We’ve been so successful as a club under his guidance, and my main goal as captain is to continue the great work he’s done, carry on winning games of cricket and ultimately bring more trophies to this great club.”