Home Culture Oprah: Taking my name off Simmons film “not a victory” for him 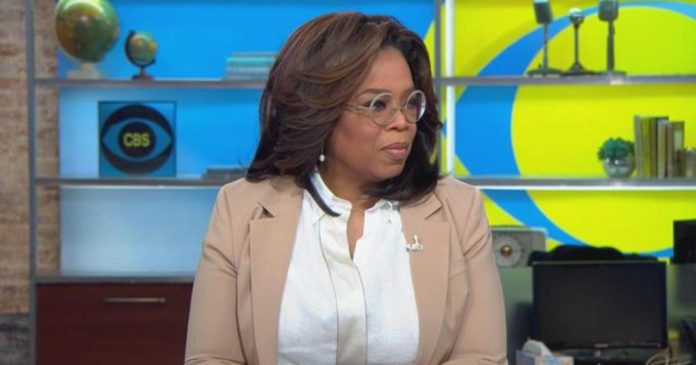 Oprah Winfrey said her decision to pull out of the documentary on women who have accused media mogul Russell Simmons of rape “is not a victory” for him. Her decision to no longer be an executive producer of the film, she said, was not a result of pressure from Simmons.

Winfrey said she believes the women who have accused Simmons and thinks their voices “deserve to be heard.” Simmons has denied all the allegations.

Winfrey explained it was “a hard decision” to step away from the film because she knew it could look like she was caving to pressure from Simmons, but that before he pressured her, she had expressed concerns to the filmmakers.

“I had said to them, ‘Houston, I think we have a problem here’ because new information had come forward,” she said.

Winfrey said she thought they needed to pull out of the Sundance Film Festival, where the documentary is expected to premier on January 25, and if they couldn’t, she would take her name off.

“I don’t care about awards — I just care about getting it right, and I think there’s some inconsistencies in the stories that we need to look at,” Winfrey said. “I wanted the context of the story to be broadened, I wanted more women brought into the story.”

Winfrey has been an executive producer since the beginning of “The Oprah Winfrey Show” and said until something is on the screen, “you have the right to change your mind and make changes.”

“What this has taught me is, don’t put your name on anything that you do not have creative control over,” she said.

Winfrey added that she knows what it is like not be believed as a sexual assault victim.

“I have lived MeToo since I was 9 years old, and was raped at 9, sexually assaulted from 9 to 14, and then raped again at 14,” she said. “And nothing is harder than standing up for yourself when you’re 14 and not being believed, and I was not believed by my own family. So I stand in support of these women. I believe them.”