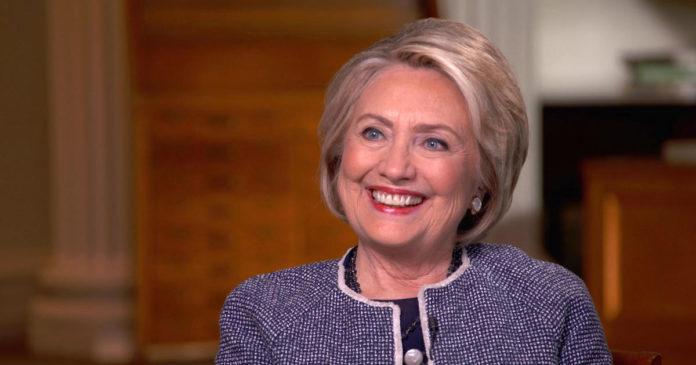 A documentary about Hillary Clinton’s 2016 presidential campaign will premiere at the Sundance Film Festival this month. In the lead-up to the premiere of “Hillary,” Clinton sat down with The Hollywood Reporter (THR) to flesh out some of the topics covered in the film. One of those topics is Bernie Sanders, and in the interview, Clinton doubles down on what she expresses in the film: “Nobody likes him.”

“He was in Congress for years. He had one senator support him. Nobody likes him, nobody wants to work with him, he got nothing done. He was a career politician. It’s all just baloney and I feel so bad that people got sucked into it,” Clinton says in the documentary, according to THR.

“That assessment still hold?” journalist Lacey Rose asked her for the THR profile

“Yes, it does,” Clinton replied.

“If he gets the nomination, will you endorse and campaign for him?” Rose asks.

“I’m not going to go there yet,” the former senator and Secretary of State answered. “We’re still in a very vigorous primary season. I will say, however, that it’s not only him, it’s the culture around him. It’s his leadership team. It’s his prominent supporters. It’s his online Bernie Bros and their relentless attacks on lots of his competitors, particularly the women.”

Clinton went on to say she hopes people pay attention to that, because in her view, “it should be worrisome” that Sanders has permitted and seemingly supports this culture. Clinton said her former rival shouldn’t run a campaign on insults and attacks, insinuating that’s what he did during the 2016 race.

Rose then asked Clinton about Elizabeth Warren’s claim that Sanders told her he didn’t think a woman could win (which Sanders denies). “How did you digest that?” Rose asked.

“Well, number one, I think [that sentiment] is untrue, which we should all say loudly,” Clinton replied, pointing out that she bested Sanders and then Donald Trump in the popular vote. “I mean, I did get more votes both in the primary, by about 4 million, and in the general election, by about 3 million.”

She added that she thinks the press and public need to hold candidates accountable for what they and their campaigns say and do — especially Sanders’ campaign.

Clinton said the argument between Sanders and Warren about whether or not he said a woman could be elected is “part of a pattern.”

“If it were a one-off, you might say, ‘OK, fine.’ But he said I was unqualified. I had a lot more experience than he did, and got a lot more done than he had, but that was his attack on me,” she said.

Clinton again warned that people need to pay attention so the elected president is one who brings us together, “not either turn a blind eye, or actually reward the kind of insulting, attacking, demeaning, degrading behavior that we’ve seen from this current administration.”

In the documentary and the THR interview, Clinton opened up on a number of other topics, including the women running for president in 2020 and why President Trump is even “worse” than she anticipated. She also speaks in the film about one of the most painful chapters of her public life, her husband’s affair with Monica Lewinsky, which led to his own impeachment trial.

The four-hour docu-series “Hillary” will be available on Hulu in March.