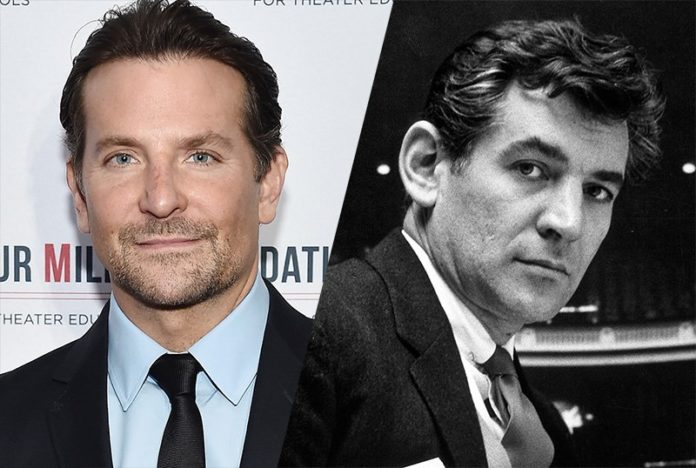 Deadline is reporting that Netflix has acquired rights to Oscar nominee Bradley Cooper’s (A Star Is Born, American Sniper, Joker) untitled Leonard Bernstein film that Cooper is set to star in, direct, and produce. Cooper co-wrote the screenplay alongside Oscar-winner Josh Singer (Spotlight).

The currently untitled drama will span over 30 years in telling the beautifully complex story of the marriage between Bernstein and his wife, Felicia Montealegre. Bernstein’s colorful life included making a memorable conducting debut at the New York Philharmonic at 25 when the conductor took ill. Without even rehearsing, Bernstein did so well his star was launched the next day when his feat made the front page of the New York Times. He was blacklisted before being cleared of being a communist just before he composed the Oscar-nominated score for On the Waterfront, and he was an activist in the civil rights movement, and outspoken on issues including ending the Vietnam War.

Cooper’s main focus on the project has always been the “charged and complex relationship” between Bernstein and Montealegre. The star and filmmaker has reportedly been working closely with Bernstein’s children Jamie, Alexander, and Nina, over the past couple of years.

“Bradley’s directorial debut was nothing short of brilliant and he quickly cemented himself as a serious filmmaker,” said Netflix Head of Film Scott Stuber. “His strong passion and clear vision for bringing to life the relationship between the iconic composer Leonard Bernstein and his wife Felicia Montealegre promises to do their lives justice as only this renowned filmmaking team can. We are honored to be working with the Bernsteins to share their family’s story with audiences everywhere.”

Paramount is no longer involved with the project. Spielberg’s Amblin Entertainment is still attached. Production on the drama is expected to begin early next year. The streamer will give the film a significant theatrical release before it moves exclusively to Netflix.