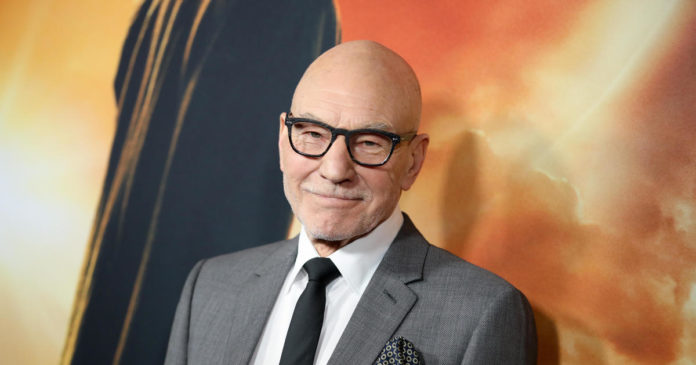 The new series “Star Trek: Picard” on CBS All Access sees the return of Sir Patrick Stewart as Jean-Luc Picard, the character he made famous almost two decades ago in “Star Trek: The Next Generation.” Stewart will be joined by alumni Brent Spiner (as Data), Marina Sirtis (as Deanna Troi) and Jonathan Frakes (as William T. Riker).

Cast members and executive producers of the show sat down with CBS News contributor Jamie Wax to talk about the new series.

When co-creator Alex Kurtzman first approached Stewart, now 79, about a Picard-centric series two years ago, the actor was reluctant.

“Initially, I met with everyone because they were such incredibly talented and wonderful people that I wanted to explain to them face to face why I was going to pass,” Stewart said.

But the pitch ended up grabbing Stewart’s attention.

“I knew that what they were proposing was something that had moved on from ‘Next Generation’ and would be of a completely different environment, world, feeling, quality and so forth,” he said.

His co-stars are thrilled he said yes.

“There’s so few times that you get to see an actor of Sir Patrick Stewart’s caliber come back 20 years after to revisit somebody and tell new stories,” said actress Alison Pill, who plays Dr. Agnes Jurati. “I think both his commitment to ‘Picard’ itself and also a desire to do something completely different has made this an incredibly new unique version of what we all love.”

While “Picard” breaks away from “Next Generation,” which aired from 1987-94, co-creator Michael Chabon says writers and producers are still “proceeding according to the underlying philosophy and tenets of Star Trek,” including the idea of “eternal optimism.”

“It’s always this vision that all the things that divide us now, we’ve moved past,” Kurtzman said. “Right now, we need hope more than ever in this world that seems so divided. And Star Trek really provides that for people.”

“What we’re trying to do, in the way that Star Trek has always done, is to let people see each other with empathetic eyes,” co-creator Akiva Goldsman said.

The 10-episode series “Star Trek: Picard” premieres Thursday, January 23 on CBS All Access, with new episodes available each Thursday. The series has already been renewed for a second season.

You can watch a trailer for “Star Trek: Picard” in the video player below: