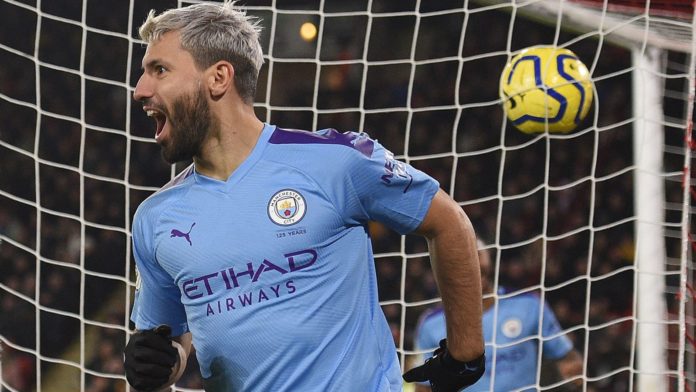 Aguero tucked in from close-range six minutes after replacing his regular strike partner from Kevin De Bruyne’s teasing low cross into the six-yard box, as Man City finally made their mounting chances count to break the deadlock 17 minutes from time.

They should have led well before that but Dean Henderson’s fine form kept them at bay. First he kept out Raheem Sterling’s goalbound effort with a wonderful flying save, but his best stop denied Gabriel Jesus from the penalty spot with another full-length dive after Chris Basham had fouled Riyad Mahrez.

After the break Sheff Utd improved and went close through substitute Lys Mousset and Oli McBurnie, but Aguero’s finish earned a deserved victory for Man City, who move six points clear of third-placed Leicester, who have a game in hand.

Both these sides turn their attentions to the FA Cup fourth round now, with Sheff Utd travelling to Millwall on Saturday at 3pm. Man City host Fulham at 1pm on Sunday.