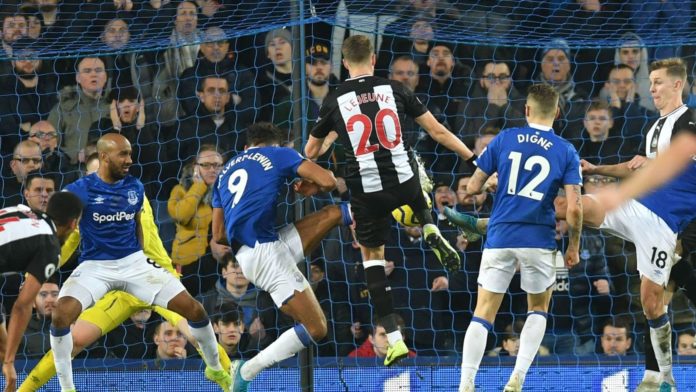 Two goals in injury-time from Florian Lejeune grabbed Newcastle the most unlikely point as Everton threw away a 2-0 goal lead to draw 2-2.

As the game ticked deep into stoppage time, Everton looked to have the game all sewn up after Moise Kean netted his first goal for the club (30) and Dominic Calvert-Lewin grabbed his 10th Premier League goal of the campaign (54).

Jordan Pickford – on his 100th Premier League start – didn’t have a save to make until the 87th minutes as Steve Bruce’s side were outplayed all over the pitch.

However, Lejeune acrobatically hooked one home following a set piece (90+4) and then the substitute left Goodison Park stunned by scrambling home the most dramatic equaliser (90+5) that needed goal-line technology to award the goal.

It was the centre-back’s first two goals for Newcastle as he became the most unlikely of heroes.