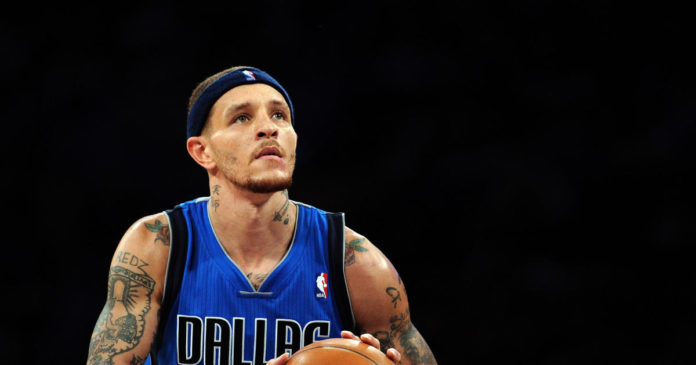 Police in Maryland are sharing new details about now-viral videos that show former NBA star Delonte West being beaten by a man on a highway. The Prince George’s County Police Department said they are investigating after one of its officers recorded and released video that showed West in handcuffs. The police chief said the officer has been suspended.

Several videos of the incident surfaced online Monday. One showed West on the ground as cars drove past him. Another shows him shirtless and handcuffed on a sidewalk as he spoke with police.

In a statement, the Prince George’s County Police Department said both men were already separated when officers arrived at the scene. They said West and the other unidentified man knew each other and were involved in a separate dispute earlier in the day.

“They both refused to press charges against each other and refused to cooperate with detectives. No weapons were recovered,” police said.

West’s former agent, Aaron Goodwin, told TMZ that it was the 36-year-old in the footage.

Police are conducting an internal investigation into the release of the video that apparently shows West on the sidewalk.

In a press conference Tuesday afternoon, Prince George’s County Police Chief Hank Stawinski said the officer in question has been suspended. Stawinski said he’s “troubled” by the video and the fact it appears an officer recorded the video.

“It’s irresponsible for that taken by a Prince George’s County police officer to be in the public’s hands,” he said.

NBA free agent Jameer Nelson, who played college ball alongside West at Saint Joseph’s University, said the videos made him sick to his stomach.

“To answer everybody’s that’s reaching out to me about his situation … all we can do is pray for him and his family and hope that he seeks the proper help,” Nelson tweeted. “Mental illness is something that all of people deal with and don’t even know it, until sometimes it’s too late. I’m not sure what exactly is going on with [West] but he knows I’m in his corner and will help him get through this.”

West was diagnosed with bipolar disorder in 2008, the Philly Voice reported. Nelson urged others who are battling with a mental illness to seek proper help: “One thing I do know is. If [you’re] having mental, emotional or physical setbacks in life you need to talk to somebody.”

West last played in the league as a member of the Dallas Mavericks before he was cut in 2012. As a member of the Cleveland Cavaliers, Nelson reached the Eastern Conference Finals with LeBron James in 2010.

Air Quality is Worse in African American Neighborhoods. This Community is...

ILM Gives Behind-the-Scenes Look at Production of The Mandalorian