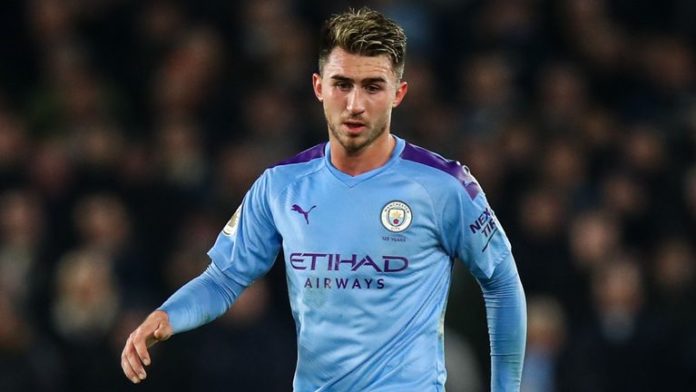 Pep Guardiola hailed Aymeric Laporte the “best left centre-back in the world” after his assured return for Manchester City.

City have fallen 13 points off the Premier League pace with Laporte sidelined by injury since August, but the Frenchman was a surprise inclusion in their starting line-up for Tuesday’s 1-0 win at Sheffield United.

Guardiola’s side had kept two clean sheets in their previous 12 games but the Blades managed one shot on target across the entire 90 minutes at Bramall Lane, with Laporte’s influence marking a notable contrast from their nervous 2-2 draw at home to Crystal Palace on Saturday.

After the game the Man City boss admitted his side had missed their best defender in his absence, and revealed just how highly he regards him.

He said: “He’s the best left-centre back in the world when he’s fit for me. Imagine the best teams in the world lose their best central defenders, we missed him a lot.

“He is a specialist with his left foot, he’s strong in the air with personality. We knew he could not play 90 minutes, we said to be ready before the game, but Eric (Garcia) is an incredible guy too.

“I’m glad to put 65-70 minutes in his legs, and that first step is good hopefully and he can help us until the end of the season. He is so important to the way we have to play, his character and mentality too. He has all the attributes.”

Henderson was at his best to make three top-class saves, including a penalty stop from Gabriel Jesus, in an increasingly impressive first season in the Premier League from the 22-year-old.

The 22-year-old earned a first call-up to Gareth Southgate’s senior side in the last international break with Tom Heaton injured, and with the Aston Villa goalkeeper ruled out for the rest of the season, Wilder hinted his number one should get a chance.

Wilder said: “If there’s a decision from Manchester United for him to come out for another year, we’d definitely take that.

“We’ve already talked about that but he’s Manchester United’s player and they will decide what happens.”

“I know there’s a pecking order for England,” he added. “But we must have some really good goalkeepers ahead of him for them to be above him.

“He’s still a baby. But he’s been outstanding throughout my time here. He’s not error free. You wouldn’t expect him to be, at such a young age. But what he does have is the ability to learn and show that mental strength.”