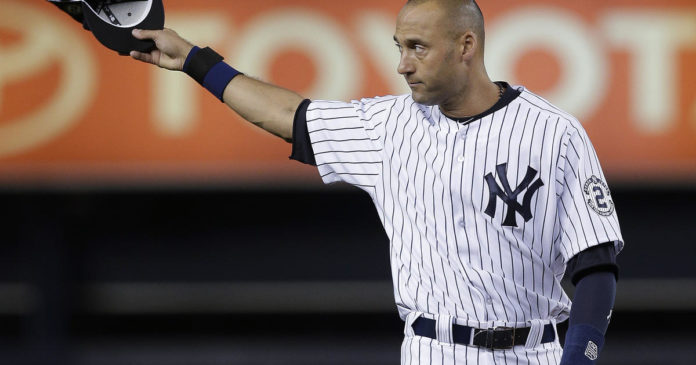 Derek Jeter and Larry Walker are the newest members of the Major League Baseball Hall of Fame. Jeter finished just one vote shy of a unanimous ballot in his first year of eligibility.

Jeter is a five-time World Series champion and 14-time All-Star. He sits at sixth place all-time with 3,465 career hits. Jeter spent his entire 20-year career with the Yankees.

Jeter received the second-highest percentage of votes of all time, topping Ken Griffey Jr., who appeared on 99.3% of the ballots in his first year of eligibility in 2016. Mariano Rivera, Jeter’s former teammate, remains the only person to be unanimously elected, appearing on all 397 Baseball Writer’s Association of America ballots in 2019.

The Yankees tweeted their congratulations to Jeter, “A Bronx legend. A baseball legend.”

Larry Walker, in his tenth and final year of eligibility, was also elected to the Hall of Fame. Walker appeared on 76.6% of the final ballots; the threshold for getting in is 75%.

Over the course of his 17-year career, Walker was a five-time all star with the Montreal Expos and Colorado Rockies. He won the National League MVP award in 1997, a year in which he lead the NL in home runs and also took home a Gold Glove and the Silver Slugger award. Walker played his final two seasons in 2004 and 2005 with the St. Louis Cardinals.

Roger Clemens and Barry Bonds once again failed to make it into the hall, as their careers have been overshadowed by allegations about use of performance enhancing drugs.

Former pitcher Curt Schilling was another notable omission. Schilling finished third in voting this year, but only appeared on 70% of the ballots. Schilling is a three-time World Series champion, earning the title of World Series MVP in 2001, and a six-time All-Star.

His failure to get into the Hall of Fame is mainly attributed to his off-field behavior since retiring. Schilling has two years of eligibility remaining.