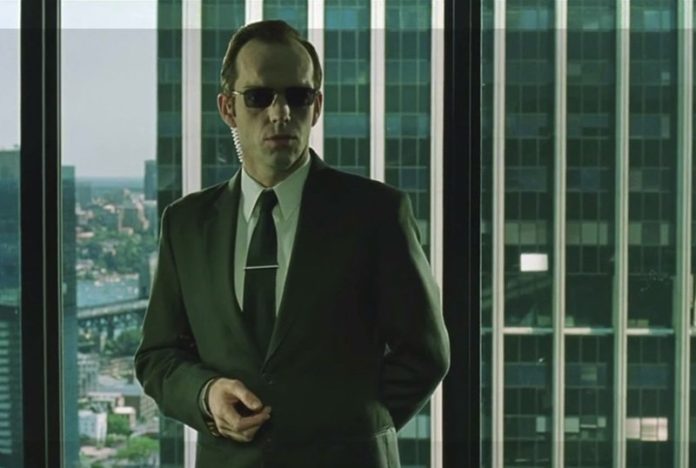 Hugo Weaving not returning as Agent Smith in Matrix 4

In an exclusive interview with Time Out, Hugo Weaving (The Matrix franchise, The Lord of the Rings franchise, V for Vendetta) revealed that due to scheduling conflicts, he will not be reprising his iconic Matrix antagonist Agent Smith in the upcoming The Matrix 4.

“It’s unfortunate but actually, I had this offer [for The Visit] and then the offer came from The Matrix, so I knew it was happening but I didn’t have dates. I thought [I] could do both and it took eight weeks to work out that the dates would work — I held off on accepting [a role in The Visit during that time]. I was in touch with [director] Lana Wachowski, but in the end, she decided that the dates weren’t going to work. So we’d sorted the dates and then she sort of changed her mind. They’re pushing on ahead without me,” explained Weaving.

Weaving’s The Visit will run at the National Theatre in London between Friday, January 31 and May 13.

It was recently teased that should scheduling work out, Lambert Wilson could possibly return for The Matrix 4 as the villain the Merovingian. If Wilson is able to appear in the film, he will join a cast that includes Keanu Reeves, Carrie-Anne Moss, Jada Pinkett Smith, as well as newcomers Jessica Henwick, Neil Patrick Harris, Toby Onwumere, and Yahya Abdul-Mateen II, who is rumored to be playing young Morpheus.

Production on The Matrix 4 is scheduled to begin in early 2020. Lana Wachowski co-wrote the script with Aleksander Hemon and David Mitchell and will direct the film as well.