Home Culture Harry and Meghan: Which celebs could make up their inner circle? 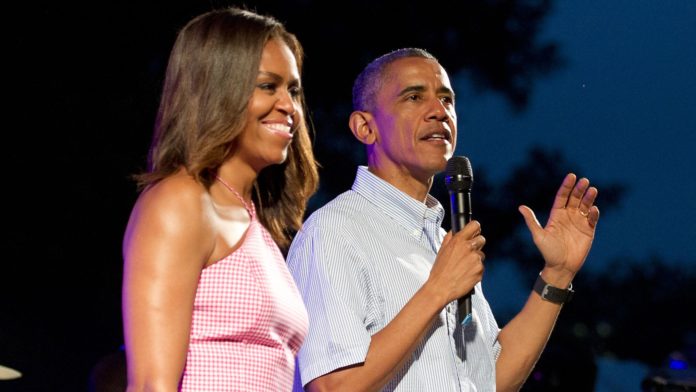 Now they’re free(ish) agents, should Harry or Meghan ever be asked to reveal the most famous person they could speed-dial, there really would be a lot of names to scroll through.

Just think back to May 2018. Has there ever been a wedding so starry? The Clooneys! Idris Elba! Carey Mulligan! Serena Williams! Elton John! The Beckhams! Jameses Blunt and Corden! And, of course: Oprah!

And for her guest-edited edition of British Vogue last year, Meghan persuaded none other than Michelle Obama to get involved.

Now they’re free from royal duties, Harry and Meghan will no doubt be making use of their very big book of contacts after the move to Vancouver. They are striving to become financially independent, after all.

Netflix has already expressed an interest in working with the couple, while Harry was overheard apparently touting his former Suits actress wife for voiceover work to Disney chairman Robert Iger, back at the Lion King premiere in 2019.

As they try to figure out the best ways to earn their own income – with brand experts predicting they could become bigger than the Beckhams (sorry, Vic) and the Obamas – here’s who they could be tapping up as they start their new life with baby Archie.

It doesn’t get much bigger than the former president and first lady. The couples are firm friends, despite Barack and Michelle being left off the wedding invites (no political leaders allowed). They could share presidential tips plus TV advice too, having confirmed a production deal with Netflix in 2018.

She got to meet baby Archie for cuddles at Frogmore Cottage back in November and has condemned “racist and sexist” treatment of Meghan.

She has won more tennis Grand Slams than any other player, which definitely makes her a big hitter.

She met Meghan at a Super Bowl party in 2010, with Meghan writing on her former blog, The Tig, at the time that they bonded over “good old-fashioned girly stuff”.

Who could forget Amal Clooney’s best-dressed turn in sunshine-yellow at the royal wedding? George is a much-loved actor, she’s a hugely successful human rights lawyer – and with their home in Lake Como, they’re good people to know when it comes to sorting out the summer holidays.

Harry has said he hopes it will show examples of “human spirit fighting back from the darkest places”.

Gavin And Stacey funnyman turned US late-night TV star, James Corden not only attended the royal wedding but is also said to have emceed at the after-party. We see a Harry and Meghan Carpool Karaoke on the horizon…

Sir Elton and his partner David Furnish were among the guests at the wedding, and they’ve already lent the couple their private jet for a stay at their home in Nice.

David and Victoria spend a lot of time in the US. Fashion and football advice, plus the chance to hang out with a Spice Girl – what more could you ask for? There have been reports of a rift recently, however, but hopefully they’ve patched things up.

Fashion stylist Jessica Mulroney is said to have helped Meghan organise her wedding and, along with her husband, Ben, she reportedly helped the couple find privacy when they were first dating.

A school friend of Meghan’s, actress and singer Katharine McPhee is married to David Foster, a music producer who reportedly helped the couple find the hideaway the couple stayed in in Canada over Christmas.

The fashion designer helped Meghan with her wardrobe during her Suits days and also reportedly set her up with Harry.

Nonoo, who grew up in Bahrain and London, heads a fashion label specialising in minimalist designs. She was previously married to Alexander Gilkes, an old Etonian and friend of Harry.

An actress who recently appeared in The Morning Show alongside Jennifer Aniston and Reese Witherspoon, who has been friends with Meghan for years.

She also took the cute photo of the couple and baby Archie which featured on their Christmas card in 2019.

The actresses reportedly met at an Elle magazine dinner in the US in 2016, and have been friends ever since. She is said to have visited Meghan not long after Archie’s birth last year.

A friend of Meghan’s, the CBS news anchor and host was among the guests at her baby shower. She also covered the royal wedding, sharing behind-the-scenes images on Instagram.

Pilates instructor Heather Dorak has been friends with Meghan for more than 10 years, and has pictures of the pair on her Instagram account before Meghan joined the Royal Family.

The man responsible for Meghan’s glowing look on her big day, make-up artist Daniel Martin said she was the most “chill person” ahead of the celebrations and that they didn’t even have a trial.

The director of the exclusive Soho House in Toronto, he attended Meghan’s baby shower in New York and is said to have been a friend for years.

One of Meghan’s close friends (pictured left), the pair starred in US legal drama Suits together from its launch in 2011 to Meghan’s on-screen departure in 2018.

The duchess retired from acting after announcing her engagement.

Her royal status was given a cheeky nod in the latest series of the show, which aired in 2019, with Mike asked how his wife was doing.

“If I told you how good, you probably wouldn’t believe me,” he replied.

Suits tweeted a clip of the episode, with the caption: “Turns out Rachel is doing REALLY well.”

The couple already have lots of friends in high places when it comes to PR and business. Meghan’s close friend Izzy May, UK publicist for David Beckham, is said to be one of Archie’s godparents, while Hillary Clinton’s former senior adviser Sara Latham (pictured above) has led the Sussexes’ media team for almost a year. There’s also Keleigh Thomas Morgan, who represented Meghan while she was working as an actress and is reportedly back in touch.

When it comes to branding, former entertainment lawyer Benita Litt (pictured above) will no doubt have some tips. Meghan is godmother to her daughters, Rylan and Remi, who were bridesmaids at the wedding. There’s also Ryan Sax, who helped design The Tig, and social media expert David Watkins, who runs the @Sussex Royal Instagram account.