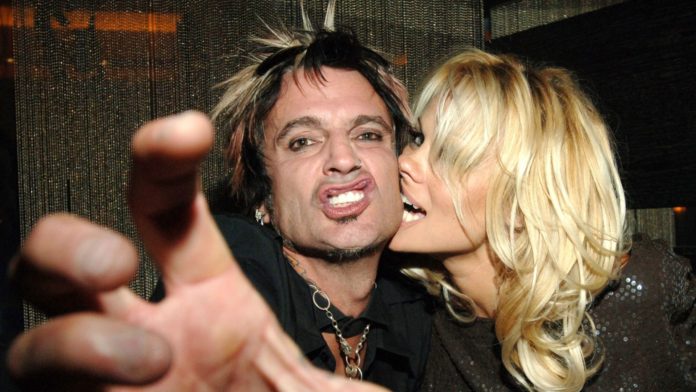 Pamela Anderson has married for the fifth time after tying the knot with “the original bad boy of Hollywood” Jon Peters.

The actress and model was wedded to the film producer in a private ceremony in Malibu, according to The Hollywood Reporter.

Peters is behind films such as Flashdance and A Star Is Born.

The newlyweds briefly dated 30 years ago after meeting at the Playboy Mansion in Los Angeles.

Peters told The Hollywood Reporter: “Pamela has never seen her full potential as an artist. She has yet to shine in a real way.

“There is much more to her than meets the eye, or I wouldn’t love her so much.

“There are beautiful girls everywhere. I could have my pick, but – for 35 years – I’ve only wanted Pamela. She makes me wild – in a good way.

“She inspires me. I protect her and treat her the way she deserves to be treated.”

Anderson described her new husband as the “original bad boy of Hollywood” in a poem.

In one line she said: “We understand and respect each other / We love each other without conditions. I’m a lucky woman/ proof God has a plan.”

Anderson was previously married to rocker Tommy Lee between 1995 and 1998 and the pair share two adult sons.

She was also married to musician Kid Rock from 2006 until 2007, and married poker player Rick Salomon twice.