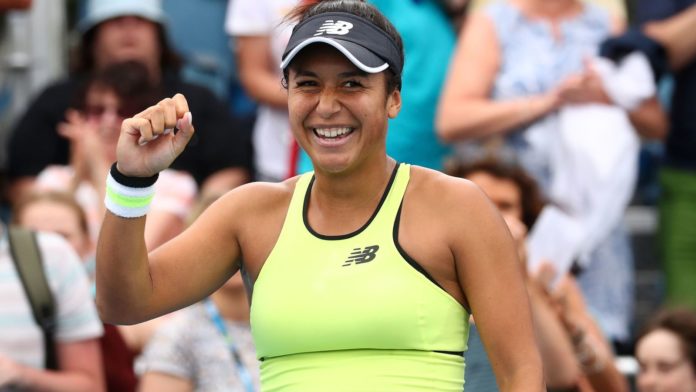 Heather Watson joined fellow Briton Harriet Dart in the second round of the Australian Open with a battling win over Kristyna Pliskova.

Windy conditions in Melbourne made life tricky for both players but it was tall Czech Pliskova, the identical twin sister of world No 2 Karolina, who ended up struggling the most.

That had a lot to do with Watson, who was unlucky to lose the first set but fought back brilliantly, sealing the second set with an ace before taking the match 4-6 6-3 6-1.

Watson will next face 16th seed Elise Mertens, who she beat on her way to the semi-finals of the Hobart International last week.

Watson was happy with how she handled the conditions, saying: “It was super windy today. I feel sort of prepared because it was like that in Hobart a lot of the days.

“Being the first-round match and it being postponed, I felt a bit nervous on court in the first set and was a bit tense. But after that I managed to loosen up and relax and start enjoying it and I thought my game improved more and more as the match went on.”