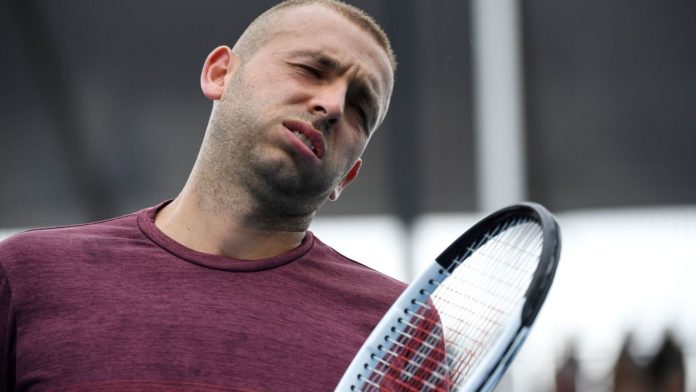 British No 1 Dan Evans was unable to book his place in the third round of the Australian Open as he went down in straight sets to Japan’s Yoshihito Nishioka.

Evans went down 6-4 6-3 6-4 and missed the opportunity of taking on seven-time champion Novak Djokovic in the next round.

The world No 32 had fought back from two sets down to defeat Mackenzie McDonald in the opening round but admitted he did not feel good physically and he looked flat again against a higher-class opponent.

Evans’ busy start to the season, particularly his heroics for Britain at the ATP Cup, appear to have caught up with him, and this was a disappointing way to end his first Grand Slam as a seed.

It will be Djokovic next for Yoshihito Nishioka, ranked 71, after the defending champion eased into round three with a 6-1 6-4 6-2 victory over another Japanese player, Tatsuma Ito.

The Serbian earned his 70th career win in Melbourne, serving 16 aces while he never faced a break point. He extended his record to 13-1 in second-round matches at the tournament.

Djokovic has now won 10 of his 11 meetings with wild cards at the Grand Slams, only losing to Denis Istomin in the second round at Melbourne three years ago.