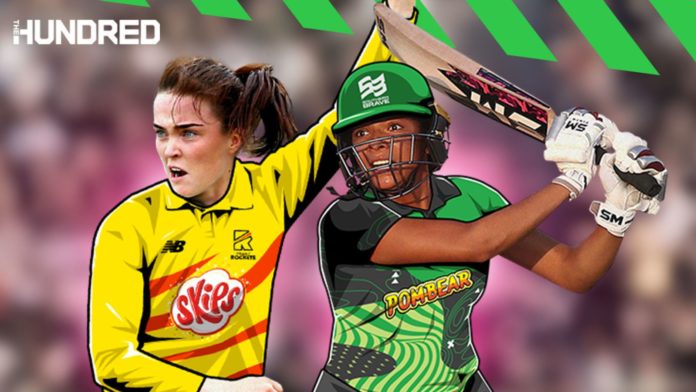 Alex Hartley, Mady Villiers and Sarah Glenn are among the latest signings announced by the eight women’s teams taking part in The Hundred.

For the new 100-ball tournament to launch this summer, each team is permitted to have up to six ‘marquee players’ in their squad at any one time, comprising a maximum of three centrally-contracted England Women’s players and a maximum of three overseas players – of which four per team have already been named.

The 15-strong squads will be completed with domestic talent, with four more players per team announced in this first wave of domestic signings.

The Hundred squads so far

The first group of domestic players announced by the new teams includes England internationals, such as World Cup winner Hartley, who joins Manchester Originals, Tash Farrant, who will play for Oval Invincibles, and spin twins Glenn and Villiers – recently called up to England’s T20 World Cup squad – who will both turn out for Trent Rockets.

Manchester Originals have announced four players who all represent Lancashire in county cricket, while Northern Superchargers have signed Yorkshire’s Katie Levick, the leading wicket-taker in the history of women’s county cricket.

Levick’s Yorkshire team-mate Hollie Armitage has been tempted into a move down south to play for Lydia Greenway’s Invincibles, while Sophia Dunkley and Lauren Bell – two potential future stars for England – will play under Charlotte Edwards at Southern Brave.

For full squad information for each team head to www.thehundred.com.